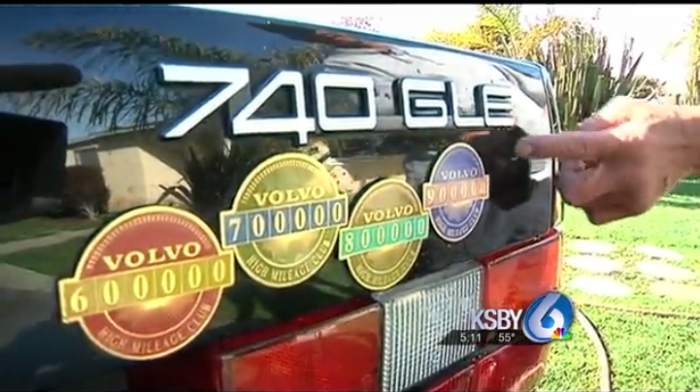 KSBY-TV, the NBC affiliate in San Luis Obispo and Santa Barbara, California, ran a report last week about a Grover Beach man who has driven his 1988 Volvo GLE a total of one million miles. Yes, that’s one million with seven digits. You’d be correct in guessing, too, that most mile meters don’t even register that many digits; the feat rolled the odometer of the one million-mile Volvo back to sextuple zeroes.

When Vic Dres purchased the 1988 Volvo 740 GLE in 1988, he did so with the very specific goal of hitting the one million mile figure. So he went out and got himself a vanity plate that read “GLE1000K” and set to work.

And by set to work, we mean that Dres’ daily work commute is the largest contributing factor toward ending up with a million-mile Volvo: from 1988 to 2005, Dres drove from Grover Beach to Goleta, California, both ways. That equals out to roughly 165 miles a day, five days a week, for eighteen years.  By the time Dres switched jobs in 2005, he had piled up nearly 800,000 of his desired million miles. 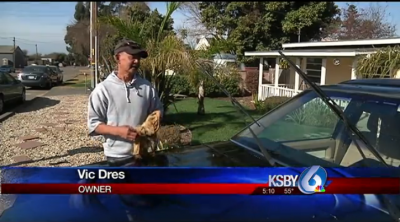 His bumper is adorned with Volvo certification badges for each of his 100,000 mile mark feats. The empty spot reserved for the 1,000,000 mile certification will be vacant no longer after crossing the threshold into vehicle immortality.

For those of you who have a hard time keeping your car up and running for more than a few years, take note: Dres says that he just sticks to a routine maintenance schedule of oil and fluid changes, replacing belts and hoses as needed. Dres’ million-mile Volvo has even survived four accidents.

We want to know: what’s the most mileage you’ve ever gotten out of a car?