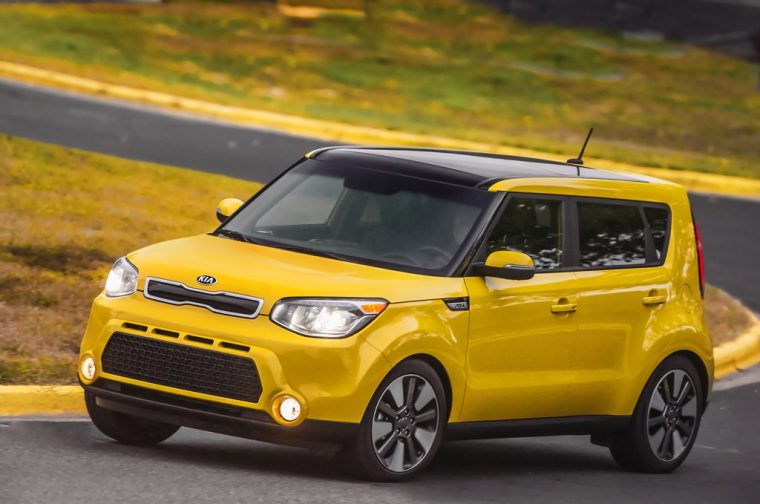 The 2016 Soul (pictured above) won its segment in the 2016 AutoPacific Vehicle Satisfaction Awards, along with the 2016 Optima and 2016 Sedona

Kia Motors America has been growing in popularity over the past few years, quickly becoming the hot shot brand in the American market. Gone are the days where the South Korean carmaker’s lineup was just another foreign car brand—now, Kia has become one of the most popular brands on the market. And the fact that it came out on top of the popular brand category in the 2016 AutoPacific Vehicle Satisfaction Awards is a testament to that.

Why Buy Kia? See how the Kia brand keeps its customers satisfied

The brand was not only ranked highest than all other popular brands, but it also placed fifth overall in the industry. This means it came in ahead of luxury brands like Audi, BMW, Mercedes-Benz, and Porsche. Three of Kia’s vehicles—the 2016 Soul, 2016 Optima, and 2016 Sedona—were also recognized by AutoPacific, coming out on top in their respective segments. This is the third year in a row that the Soul was recognized as its segment winner.

“AutoPacific’s Vehicle Satisfaction Awards have become an industry benchmark for measuring how satisfied owners are with their new vehicle, and we are thrilled to see the incredibly high level of satisfaction our customers are experiencing with our vehicles,” said Orth Hedrick, vice president of product planning for Kia Motors America. “The Soul, Optima, and Sedona are all expertly crafted vehicles and represent just how far the Kia brand has come.”

A Rich History: Learn more about the history of Kia

To determine the most satisfying vehicles and brands in the automotive industry, AutoPacific examines the responses to over 65,000 surveys. These surveys are completed by owners of new, model year 2015 and 2016 vehicles, measuring owner satisfaction through a variety of attributes. These attributes include everything from interior comfort to fuel economy.