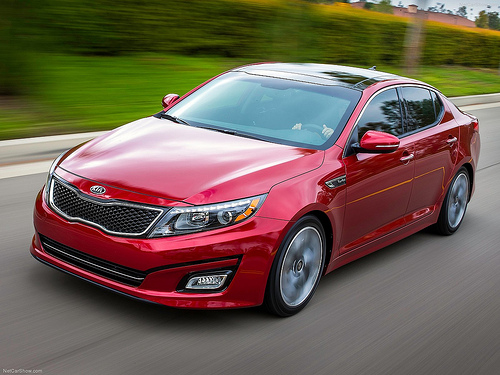 When the Kia Optima was first introduced in 2000, it didn’t make much of a splash. As the years progressed, however, the first nondescript mid-size sedan saw multiple restyles that made it more popular in markets around the world.

The Optima was Kia’s first mid-size sedan, seen at first as merely a rebadged variant of the Hyundai Sonata with very few styling differences. In 2003, however, it received a minor update, making it into a car with its own unique style. As the Optima entered its second generation, its popularity grew, helping it grow into a top contender in the mid-size sedan segment.

While the Kia Optima didn’t garner much attention when it was first introduced, the mid-size sedan still offered consumers a multitude of options with a choice of two trim levels and two different engines. Now in its third generation, the Optima gives consumers even more options with four different trim levels—LX, EX, SX, and Limited—along with a regular or turbocharged powertrain option.