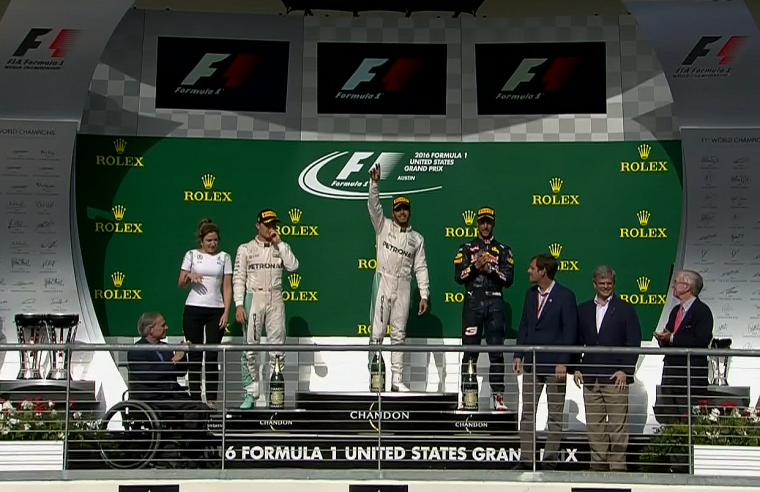 On the podium, from left to right: Nico Rosberg, Lewis Hamilton, and Daniel Ricciardo. 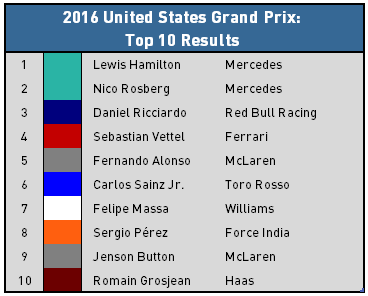 Lewis Hamilton did everything he could at the United States Grand Prix in Austin, Texas, though time will tell if that was enough.

His teammate Nico Rosberg only needs to finish second at each of the three remaining races in Mexico, Brazil, and Abu Dhabi to secure the drivers championship even if Hamilton wins them all—he can even afford a single third place.

Still, there’s no guarantee that will happen despite the Mercedes being the strongest car on the field; the Silver Arrows team hasn’t quite managed to sweep as many 1-2 finishes as in 2014 and 2015. They’ve had to push their cars harder than before to stay ahead, and at times this has caused reliability issues. Mercedes has turned down its engines following Hamilton’s retirement at the Malaysian Grand Prix but that has allowed Red Bull to give them trouble.

In fact, at the US Grand Prix, Rosberg may very well have finished third had it not been for a lucky virtual safety car that allowed him to shave a significant chunk of time on his pit stop. He had lost second place at the start to Daniel Ricciardo’s Red Bull and the latter had seemed strong enough to keep it throughout the race.

Diagnosis by Sound: How to tell if you need new brakes 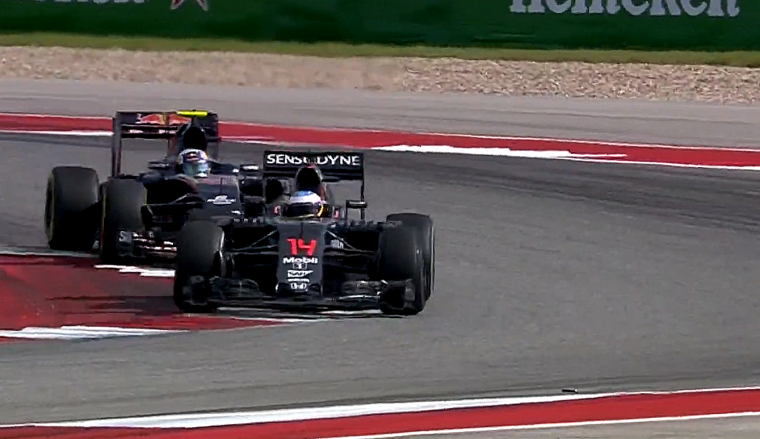 Sebastian Vettel came in fourth, though he benefited from Max Verstappen’s engine failure and Kimi Räikkönen’s botched pit stop. Behind him, surprisingly, was Fernando Alonso, who once again managed to place his McLaren Honda far further ahead than it deserved to be with a spirited drive that saw him overtake both fellow countryman Carlos Sainz and former teammate Felipe Massa in the final stages of the race.

Soon-to-be-retired one-time champion Jenson Button also scored some points for McLaren with a ninth place finish and rounding out the top ten was Roman Grosjean, who gave the Haas American team its first point since the Austrian Grand Prix, just in time for the American crowd.

There are few battles left in the championship now. Red Bull has clearly surpassed Ferrari and is unlikely to relinquish second place in the constructors championship. Force India is still in a tight battle for fourth with Williams and while it has the upper hand, Williams is expected to be strong at the upcoming race. It could still go either way between them.

The Mexican Grand Prix takes place this weekend. It has an amazing venue and by far the highest elevation of any race on the calendar, which affects the way the cars’ engines and aerodynamics behave. I’m looking forward to seeing how it plays out!

Buying Used? You may want to consider buying Certified instead 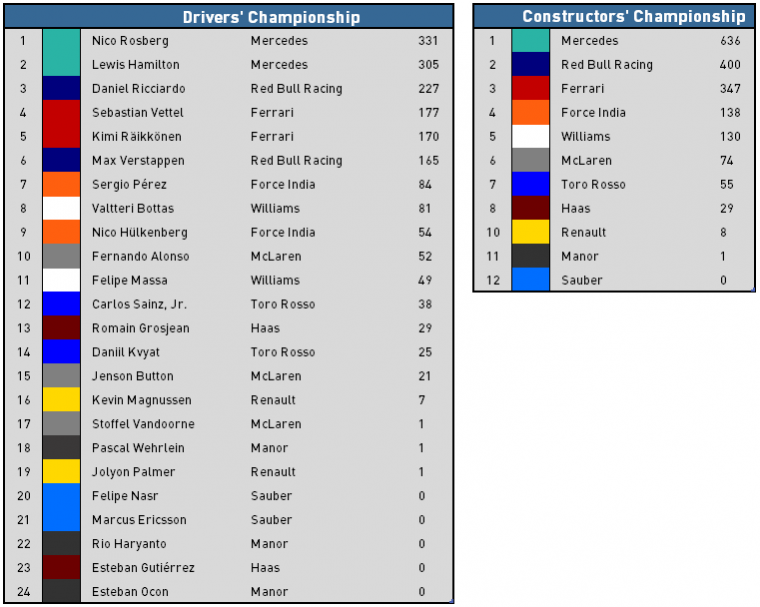