Lincoln at CAS: Requiem for a Dying Brand

Today at the 2014 Chicago Auto Show, Lincoln was set to unveil its 2015 Lincoln Navigator to the media. While The News Wheel will undoubtedly have photos of the latest version of the Navigator among the images that will be uploaded over the next few days (and believe us, there’s plenty to satiate your auto show needs clear to New York in April), we didn’t stick around the reveal to hear whatever there was to be said about it. Despite appearances, it was clear enough that Lincoln’s media gala was little more than a funeral in disguise. Lincoln is a dead brand, kids. Throw your roses on the casket and let’s just put ‘er in the ground, because it’s starting to smell and the neighbors are becoming concerned. 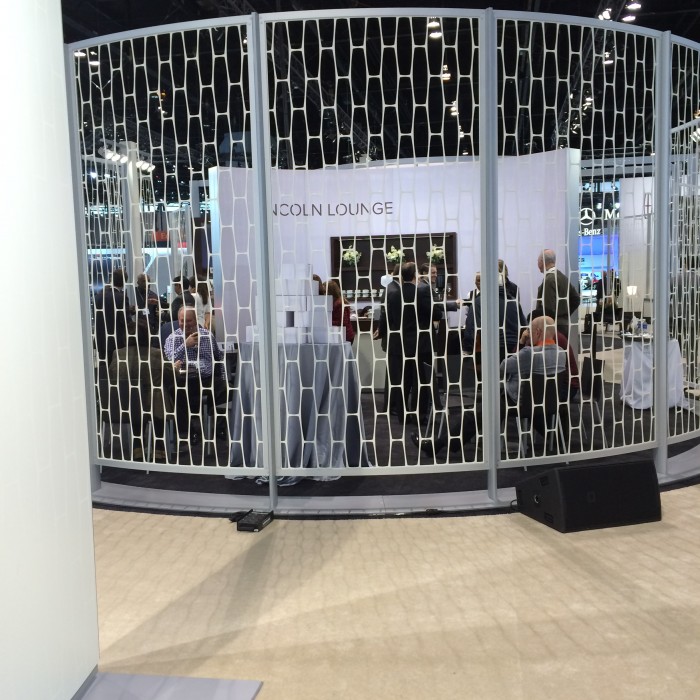 Tell me what you see in the Lincoln Lounge, pictured above. If you’re not entirely sure (granted, the 5s has a pretty decent camera, but I know well enough that I’m no professional), I’ll clue you in: a bunch of old people in a cage. Now, I’m not saying appealing to an older generation is a bad thing by any stretch. When you’re a luxury auto manufacturer, chances are that a good portion of your clientele is going to be folks who can reasonably afford to blow $35-50k on a vehicle. We’re talking about retirees and pensioners of the world, because your straight-outta-college kid is usually lucky if they’re able to scrape up enough cash to finance a 6-year-old Avenger. But this picture encapsulates everything that Lincoln is doing wrong, and what will ultimately end up spelling the death of the brand (provided Ford ever gets tired of pumping money into a weather-battered corpse, that is).

Lincoln’s biggest problem isn’t its faltering sales (they actually managed to cobble together a pretty good January when even Ford couldn’t) or a lineup that suffers from a total lack of excitement (nobody is going nuts over the MKZ, despite its capabilities). It’s the generational divide. It’s the fact that nobody–and I mean nobody–younger than 45 even remotely cares about anything that Lincoln does. You can talk about the realistic purchasing power of Gen Y (though they seem fully prepared to start buying cars once they actually have the money to do so), and that’s fair: why pore over marketing to a demographic that can’t pay for your product, after all? But to see why the Lincoln Motor Company is dying, you need only look at the reasons why Cadillac continues to thrive.

Cadillac is an endlessly and effortlessly cool brand, and that extends to those who can’t afford to so much as sniff the fresh leather interior of an Escalade or a ATS. People aspire to drive Cadillacs. It’s a big deal to be able to say “yeah, I drive a Caddy.” A friend of mine makes good money working for a defense contractor, and one of his goals is to put away enough money to get himself a CTS. And who can blame him: the affluent and the famous love Cadillacs, and like it or not, we emulate the upper crust more often than not.  Celebrities of all walks drive them. Macklemore raps about Cadillac (and kids love Macklemore nearly as much as he loves reminding you how noble he is). The King of Rock and Roll drove a Cadillac. 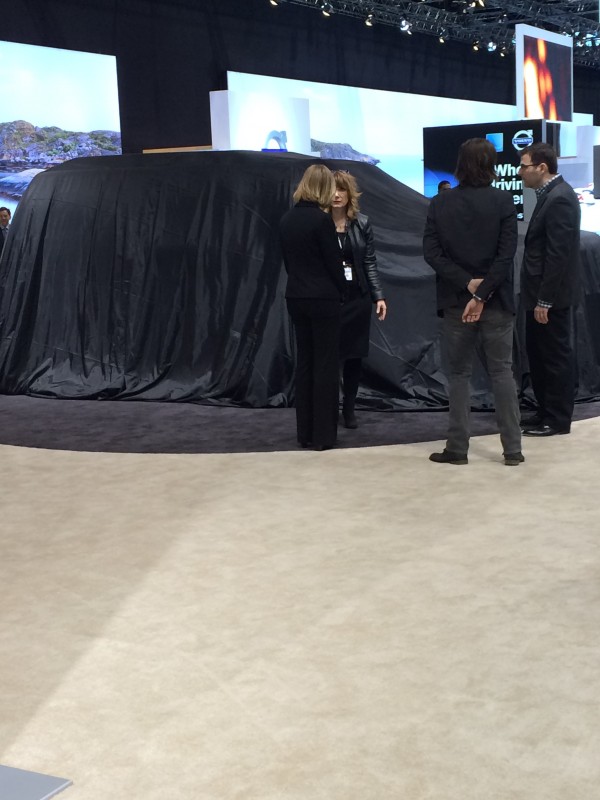 Brands like Cadillac get the young, educated, and affluent demographic easily because they know that they have to appeal to the kid in their customers. Just ask anyone who drives a Cadillac now: they likely didn’t just decide to buy one because those cars are pretty expensive and having a pretty expensive car is just something people do when they reach a higher tax bracket. People who drive Caddys are not too terribly dissimilar from people who drive muscle cars in that they probably all grew up thinking man, I want to drive one of those some day.

Other presentations connected with their audiences: Chevrolet gave us Captain America (and cupcakes), Ford and Jeep let you ride along in their latest products, and Kia dressed up greener pastures with a heavy does of the blues. But the Lincoln Lounge shows just how little Lincoln understands about marketing itself to the demographic it can never have. The image of affluent, older white men and women closed off from the rest of the show and sipping wine while waiters hand out vegetable skewers and croquettes is the perfect picture of the brand: boring, stuffy, and inaccessible.

A gentleman we met along the way by the name of Joe playfully suggested that they should have brought in a UFC fighter to accommodate the cage-like setting. My reply: that would never happen because that might accidentally put Lincoln on young peoples’ radar. Lincoln is your 60-year-old dad trying to figure out what a Facebook is.

Mere feet away, you can slide nimbly in and out of luxury and sports dream cars of all shapes and sizes.  Wanna sit in Cadillac’s (considerably overpriced) electric car? You’ve got it. Play around with whatever you want inside the CLA, even if you’re not going to ever be able to buy the thing. You could put yourself at the wheel–even if only for a moment–of that Jaguar or BMW or Maserati that you’ve always wanted to drive but could never afford in your life. And in those moments, you can be the kid staring up at the television and daydreaming about being an astronaut someday.

Lincoln simply doesn’t understand the value of wonder. The presentation by Lincoln at CAS suggests that they value faux-luxury and exclusivity above all else; they fail to realize that their club is exclusive because nobody wants in.

Remember that really cool Jaguar ad from the Super Bowl? You probably weren’t the only one who saw it and thought Tom Hiddleston drives a Jaguar? Then I totally want to drive a Jaguar. You may have even visited their sites, looked at pictures, watched some first drive videos, and thought about how many decades you’d have to work to pay one of those things off.

The presentation offered by Lincoln at CAS assumes that all car buyers need to become interested in the product is some high-end food and a lot of set dressing. But they’re missing the point entirely: car buyers, particularly that elusive young people segment that will always pass them by for Caddys and Bimmers and Stingrays and the like, just need a reason to be interested. The only interesting aspect of the Lincoln brand is seeing just how much longer they’ll last in your death pool. My guess: not much longer now, but not soon enough.