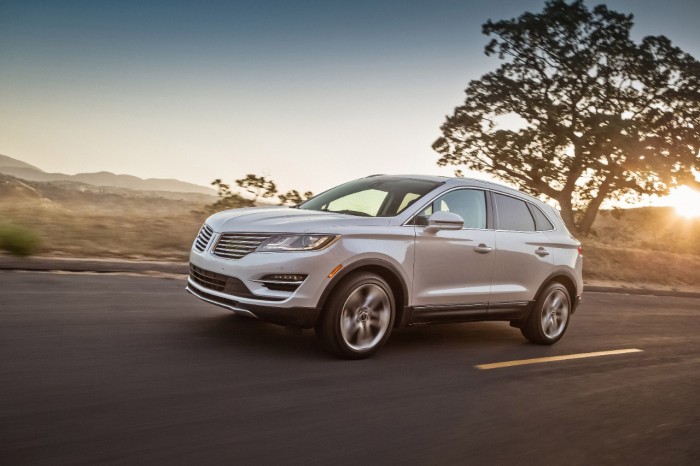 Lincoln will serve as sponsor for the 12th annual MVAFF (pictured: 2015 Lincoln MKC)

This week marks the start of the 12th Annual Run&Shoot Filmworks Martha’s Vineyard African American Film Festival, which begins August 5 and wraps up August 9. Lincoln has been announced as the presenting sponsor for MVAAFF, which has spent more than a decade promoting African American filmmakers and trendsetters.

”We are thrilled to join forces with the MVAAFF on an event that has so much history and influence within the African American film community,” said Shawn Thompson, Lincoln manager, multicultural marketing. “Our involvement in this program only builds upon Lincoln’s leadership in recent initiatives involving the arts, design and thought leadership, which includes our involvement in other film festivals like the Tribeca Film Festival earlier this spring.”

There will be 47 different films screening at MVAAFF this year, including “Blackbird,” produced by and starring former Grey’s Anatomy star Isaiah Washington; and “Little Ballers,” directed by Crystal McCrary and produced by New York Knicks player Amare Stoudemire.

The Run&Shoot Filmworks Martha’s Vineyard African American Film Festival was founded back in 2002 by husband and wife team Floyd A. B. Rance III and Stephanie Tavares Rance as a means to promote the work of independent filmmakers and satiate their love for filmmaking.

“Floyd and I are extremely excited about our festival – Our mission is and will always be to bring light to independent filmmakers of color,” said Stephanie Tavares Rance. “This year we have another stellar line up that we are extremely proud of.”

For more information on the 12th annual MVAAFF, visit www.mvaaff.com.