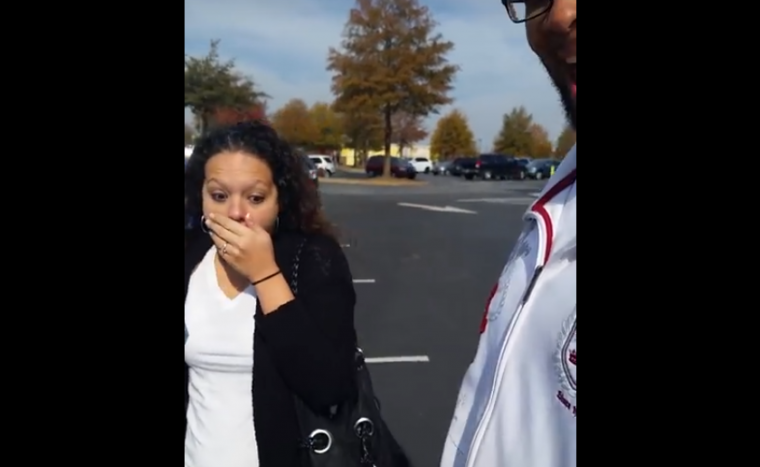 While some people may feel that the Happy Honda Days have become too crass and commercialized, it’s good to see that there are some folks out there who still hold dear the true spirit of generosity that defines this special time of year.

Like this dude, who actually gifted his wife a brand new Honda CR-V. It’s like something out of a classic holiday commercial (except he wisely neglected to pay extra for one of those giant bows people put on top of cars).

Related News: The all-new CR-V is ready to turn heads

Okay, so this was actually a birthday present, not a Happy Honda Days gift. But hey, it’s still a very touching reminder of the “reason for the season” (buying Hondas).

The video recently shot to the top of Reddit, where the husband told the story behind the birthday present:

It’s a 2013 Honda CR-V. She’s an interior decorator who’s been pulling into people[s] homes in a 97 Honda Prelude that burned oil, paint was faded, tint was peeled off, transmission was bad, fuel pump was going and sometimes it wouldn’t start. She paints as well so it would be hard carrying her things in that car. She never complained much cause she was happy to at least get back and forth but this car she seen one day and said she hopes that one day we’re in a position to get that. Last month I landed a new solid job that helped me make this possible for her. The reaction was absolutely worth it.

What a wonderful, romantic holiday treat. This video is the Love Actually of the Snapchat generation.

‘Tis the Season: Check out these holiday travel tips before hitting the road