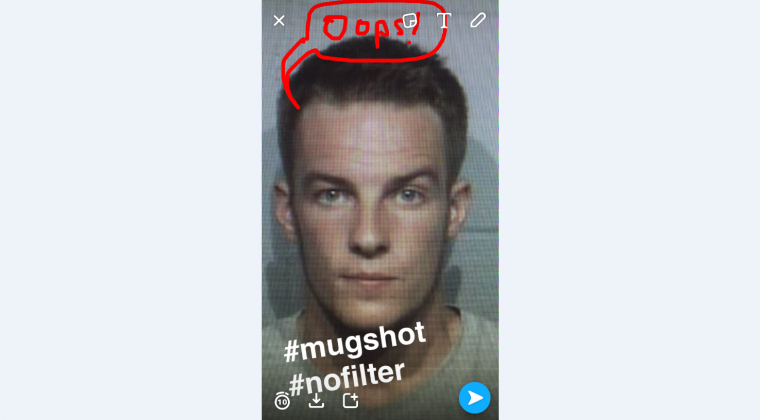 Snapchat, a social media app that allows users to share photos and brief videos which expire after 24 hours, is really starting to legitimize itself. Why, just last night, a member of the “Snap Pack” (a group of twentysomething socialites who Snapchat and Instagram their opulent lifestyle) was asked to speak at the Republican National Convention!

And now Snapchat can add “crime stopping” to its list of features, after police used the app to locate and arrest a New York man who stole a 1994 Jeep Wrangler from a bar in Ocean City, Maryland.

According to Ocean City Police, the Jeep was stolen from the Seacrets bar and grill at around 2am on Saturday morning. The Wrangler was found abandoned in a condo parking lot later that morning, with no trace of the suspect.

It would have been the perfect crime, if the thief hadn’t made one little mistake: Snapchatting himself stealing the car.

Yes, officers eventually discovered 24-year-old Brian Engelmann’s MyStory, which showed videos he had recorded of himself stealing the Jeep and then “driving erratically” to the condo where police later found it.

Officers were then able to catch Engelmann returning to the scene of the crime—because he put that on Snapchat, too!

Yep, Engelmann recorded himself going back to Seacrets, where the police apprehended him with a little help from the bar’s security staff.  He was charged with vehicle theft and traffic violations, among them the use of a handheld phone while driving. Engelmann was then booked in the Worcester County Jail on $20,000 bond.

For updates on this story, I’d recommend following Brian Engelmann on Snapchat. Sounds like he posts pretty regularly.