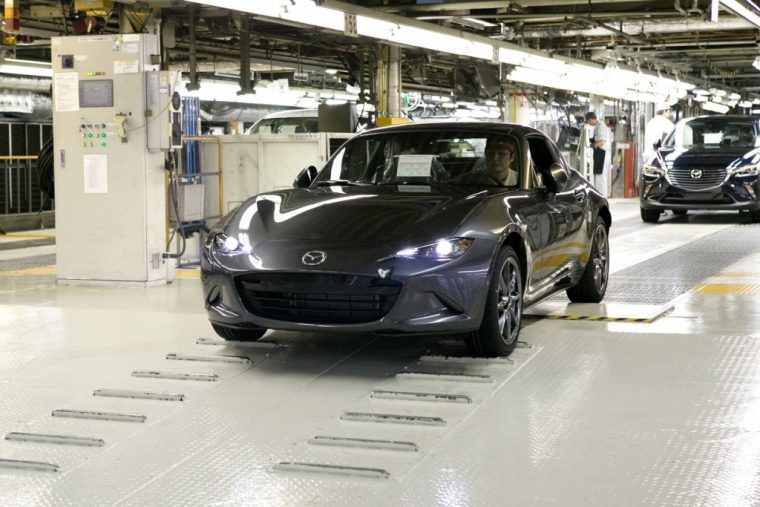 The day after Mazda revealed the pricing for the new 2017 MX-5 Miata RF, the very first MX-5 RFs have begun rolling off the lines at the Ujina Plant No.1, right next to Mazda’s home Japanese headquarters in Hiroshima.

The models produced will eventually be bound for North America, Europe, and Japan, although the production has started with models bound for North America and Europe. Despite this, Japan will actually be receiving the famous roadster (appropriately called the Roadster RF in its home country) before models arrive in North America or Europe. Japanese models will go on sale later this year, while those of us overseas will have to wait for 2017.

Mazda has high hopes for its new hard-top roadster, which had great success in previous generations, and which is following the wild, multi-award-winning success (Mazda says it has earned more than 280 awards from around the globe, and I believe it) of the soft-top version. To that end, Mazda has said that the newest addition to the MX-5 family will continue the “Lots of Fun” values striven for by the Miata ever since its introduction 27 years ago.

When these roadsters finally do make it across the ocean, they will go on sale with a beginning MSRP of $31,555, and will come in three trim levels: Club, Grand Touring, and Launch Edition—that is, until the brand runs out of the very-limited-run Launch Edition.