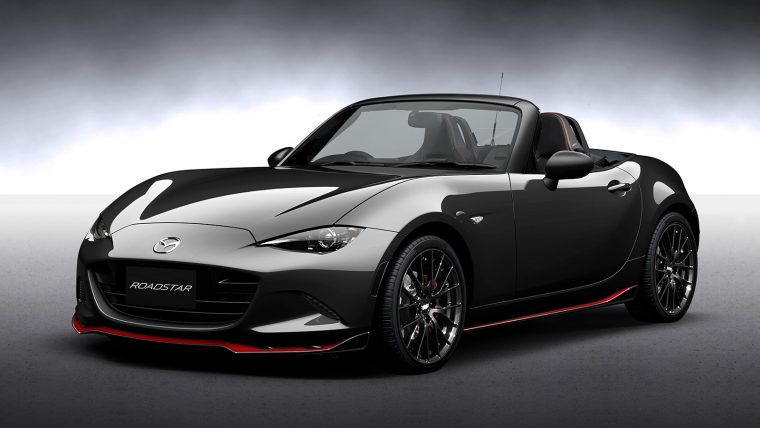 Lately, when an automaker is coming up with a concept vehicle and leading up to its reveal, it seems that someone somehow will inevitably leak details and photos.

So it’s almost by the influence of a force of nature that Mazda just went ahead and revealed the five concept vehicles in the series that it is taking to the Tokyo Auto Salon in January.

The first MX-5 concept is probably the coolest. Dubbed the RS Racing Concept, the MX-5 is painted a glossy black, and is fitted with red-accented front aero splitter, side skirts, rear bumper, and diffuser, as well as a new dual exhaust and adjustable suspension.

The second MX-5 is the NR-A Racing Spec, with racing livery in white, silver, red and black, as well as racing bucket seats, Takata seatbelts, a tow hook, and a roll cage.

Both the CX-3 and Mazda6 concepts are similar to the RS Racing Concept, in that they feature a black-and-red color scheme as well as new bumpers and spoilers (although the Mazda6 features silver-lipped black wheels, while the CX-3’s wheels are trimmed in red).

The final concept is a rally-tailored Mazda2, complete with stripped cabin, roll cage, tally wheels, and mudflaps (and painted in white—all the better to see the mud with).