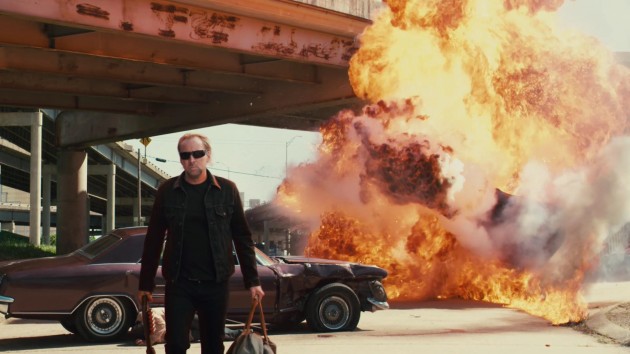 If you believed Mazda didn’t have any more surprises left up its sleeve for this year’s auto show season, you probably weren’t expecting the automaker’s big reveal today at the New York Auto Show.

Today, the automaker announced a new spokesperson for the brand, as well as a new concept vehicle currently being tested. We at The News Wheel can’t decide what we’re more excited about: the fact Mazda is making a truck, or that Nicolas Cage will be promoting it.

The Mazda MX-5 Miata is a spunky, fun-to-drive model, but it’s long suffered under an unfair reputation for being a sports car for women. Instead of trying to combat that perception of its iconic roadster, Mazda has announced its plan to win over male consumers with an entirely new model.

Taking cues from Hyundai—which acknowledged that a forward-thinking lineup can only succeed by embracing the growing truck and SUV market—the Japanese automaker revealed a game-changing concept vehicle at the 2015 New York Auto Show. Carrying the internal codename “RX-7” (yes, this is what we’ve been hearing rumors about), Mazda’s newest concept adapts the Miata onto a truck-based platform.

Meet the Mazda Truckiata. And yes, it has a rotary engine.

“We know American consumers love the Mazda roadster; this is why we keep promoting it every chance we get,” explained Yawn Palmerson, VP of Speeches for Mazda North America, at the official press conference. “Our research has also revealed that male consumers love trucks. After heavy deliberation, we determined a demographic which a gap in our lineup was neglecting: men. That’s why we’ve combined the Miata with a truck.”

But that’s not all Mazda executives announced today in the Big Apple. To build a manly reputation for the Mazda truck concept, the brand hired Nicolas Cage as its spokesperson.

“We were looking for a celebrity voice that men respected, someone that would stand out from the Paul Rudds and Matthew McConaugheys of automotive marketing,” explained Yawn Palmerson. “Having the star of such automotive-related blockbusters as Drive Angry and Gone in Sixty Seconds as the official voice of Mazda and the Truckiata made sense to all of us.” 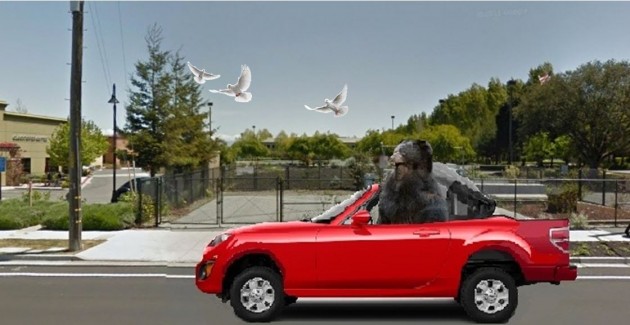 “I love what Mazda did to the new RX-7 Truckiata,” said Cage, who was video conferenced in for the event. “They took its face…off. Eyes. Nose. Skin. Teeth. It all came off. It didn’t even look like a car until they started rebuilding it. Now look—it’s being driven around by people on a stage.”

The first television spot, which is being directed by visionary filmmaker John Woo, stars spokesman Cage who reprises his role as Edward Malus from The Wicker Man. Wearing his iconic bear suit, he drives across the country in the Truckiata looking for men who will join him in the fight against women in sadistic cults by purchasing a Mazda truck.

One more thing we forgot to report—if it wasn’t obvious already—April Fools!

News Sources: None, because this was a joke!