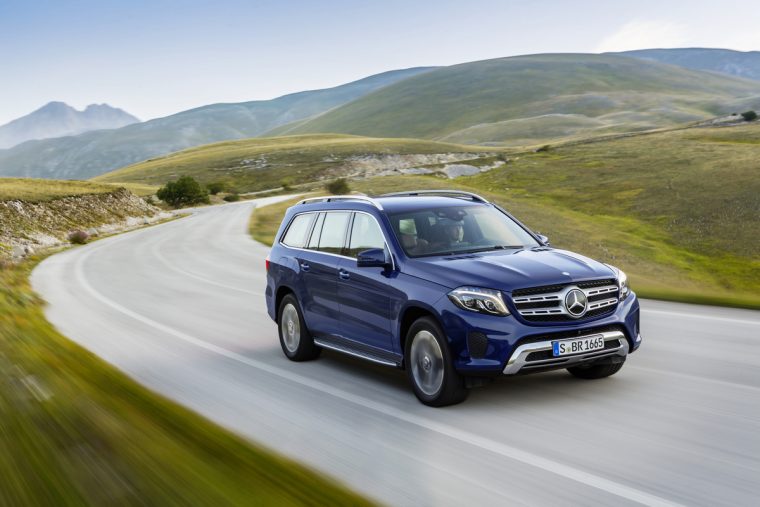 It would appear that April was not a kind month for luxury German automakers. Earlier this week, BMW reported a 9.3% sales decline compared to April of last year.

Now Mercedes-Benz is reporting an overall 8.7% sales decline in April, the first month of declining sales thus far this year.

26,932 Mercedes-Benz vehicles were sold in the U.S. last month. Compared to the 29,236 vehicles sold domestically last April, this accounts for a 7.9% sales decline for the Mercedes brand itself.

However, when combined with underperforming sales numbers from the smart brand, that sales decline increases to 8.7%. Only 365 smart vehicles were sold last month. 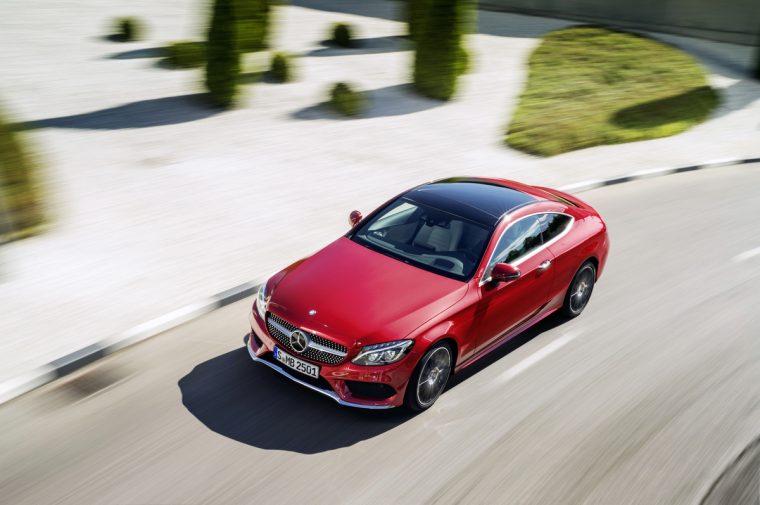 Mercedes-Benz’s best-selling model also happened to be the one with the most-improved sales performance: the Mercedes-Benz C-Class. The C-Class experienced a 38.5% sales increased last month, with 7,821 C-Class units sold.

While the Mercedes-Benz GLS maintains a year-to-date sales increase of 45.6%, its sales performance in April left much to be desired. The GLS only reached 2,265 units sold last month, resulting in a sales decline of 24.3%.

Nevertheless, the Mercedes-Benz CLA was by and large the vehicle affected most by negative sales in April. Only 1,067 CLA vehicles were sold last month, and when compared to the 2,121 CLA units sold in April of 2016, this accounts for a massive 49.7% sales decline. 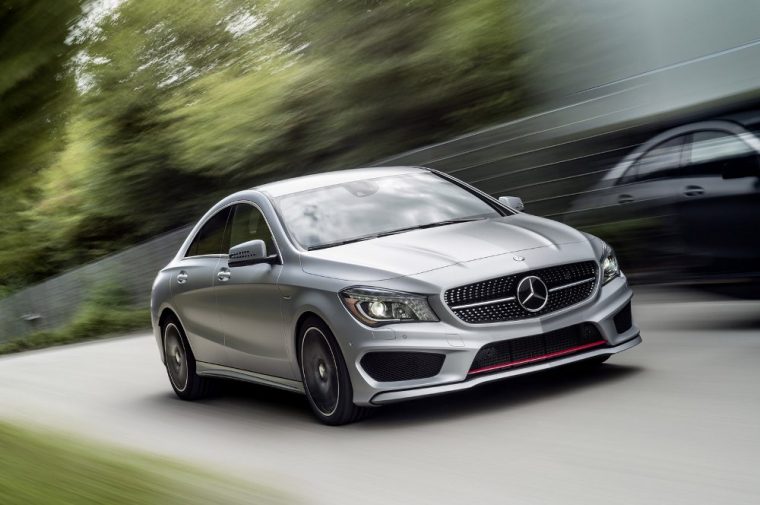 Overall, 117,125 Mercedes models have been sold in the United States so far this year. While this remains a 0.5% sales increase over the performance of 2016’s first four months, it is far less of an advantage compared to the 3.9% lead the brand had at the end of 2017’s first quarter.

For a detailed look at the Mercedes-Benz sales figures for April, examine the chart below: 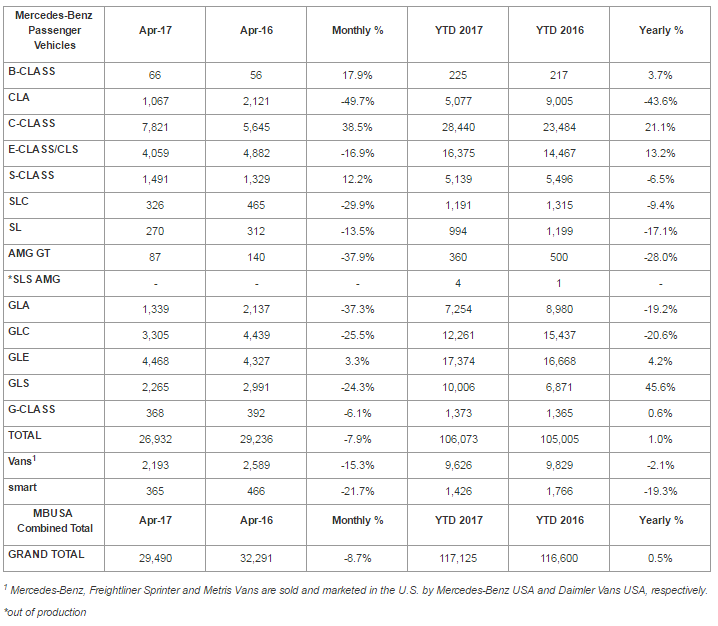