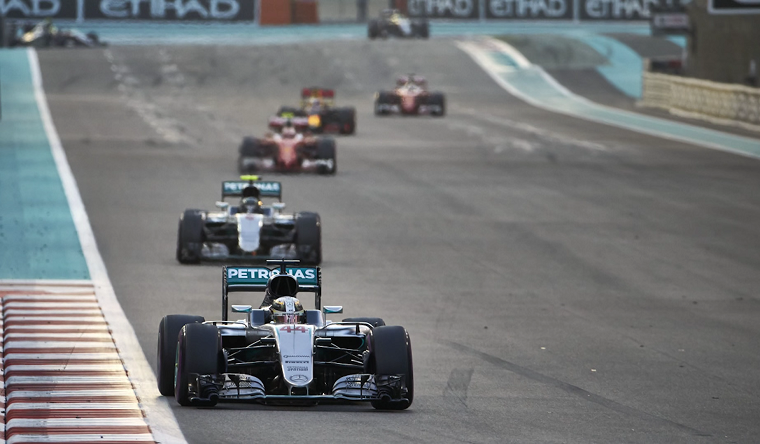 Mercedes team boss Toto Wolff has admitted that his team should have communicated differently during the Duel in the Desert in Abu Dhabi at the end of the season, in a race in which both Nico Rosberg and Lewis Hamilton were fighting for the World Championship title. The British driver ignored several team orders to quicken the pace at the front, with Hamilton instead choosing to back the German into the chasing pack as a last resort. With Wolff at the time insisting that he would not tolerate such disobedience from his drivers, the Austrian has now claimed that he regrets the decision to interfere with the duo.

With Rosberg having retired just five days after winning his first Formula 1 World Championship, Hamilton has already been installed as the favorite for the 2017 Drivers Championship with bookmakers like Betway. With the Mercedes team having considered imposing team orders following incidents in Barcelona and Austria, Hamilton will now avoid further punishment for his actions in Abu Dhabi, with the team now focusing fully on finding a replacement for the departing German.

Despite Hamilton’s former team mate at McLaren Fernando Alonso being linked with a switch to Mercedes, it is in fact Pascal Wehrlein and Valtteri Bottas that are the current favorites for the drive. Mercedes reserve driver Wehrlein and Williams man Bottas were both praised by Wolff recently, and an announcement is expected before Christmas. Mercedes have made it clear, however, that Hamilton will not be involved in the decision-making process. However, with Hamilton reportedly threatening to quit after the Spanish Grand Prix, keeping the three-time World Champion happy is their number one priority.

Meanwhile, with the schedule for the 2017 season having been released this year, the news that the French Grand Prix will return in 2018 is certain to be welcome news, with the Paul Ricard circuit known as one of the most challenging in Europe. The French GP is the second European race to return over recent years, with the Austrian Grand Prix having been re-established thanks to funding from Red Bull. European races are struggling to meet the demands of F1, with Germany dropping off the calendar for the 2017, and Silverstone looking into whether they can continue to host the British GP.