More Efficient 2017 Honda Accord Hybrid On Sale this Spring 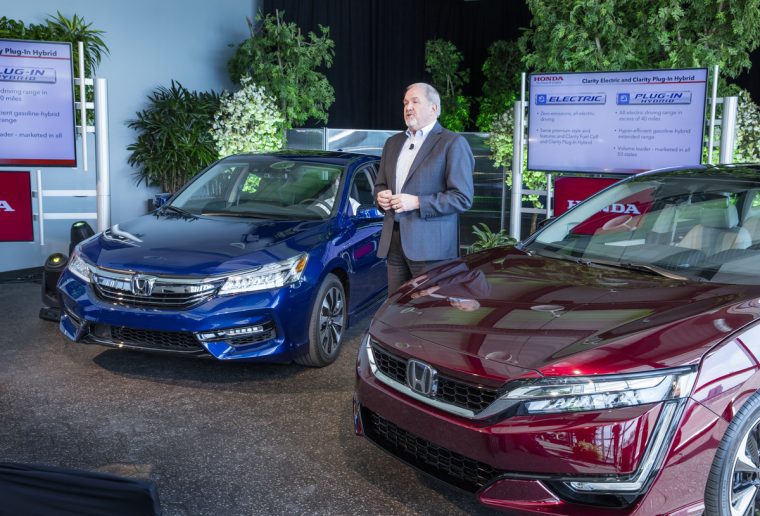 Today Honda announced two big changes coming to its green car lineup, starting with the addition of electric and Plug-in Hybrid versions of the Clarity, and continuing with the upcoming launch of the 2017 Accord Hybrid.

Set to launch this spring, the 2017 Honda Accord Hybrid features a second-generation two-motor hybrid powertrain that improves the vehicle’s EPA-estimated fuel economy ratings to 49/47/48 city/highway/combined mpg. That will give the Accord Hybrid the highest EPA fuel economy ratings of any midsize hybrid sedan, which Honda hopes will translate to annual sales that double the model’s previous record of 14,000 vehicles in 2014.

“The new Honda Accord Hybrid is the ultimate Accord – the most refined, technologically sophisticated and, of course, most fuel efficient in the lineup,” said John Mendel, Executive Vice President of the American Honda Motor Co., Inc. “With Accord already America’s most popular car three years running and the best-selling midsize car to younger buyers, we think this new hybrid model will add considerable momentum for the Honda brand.” 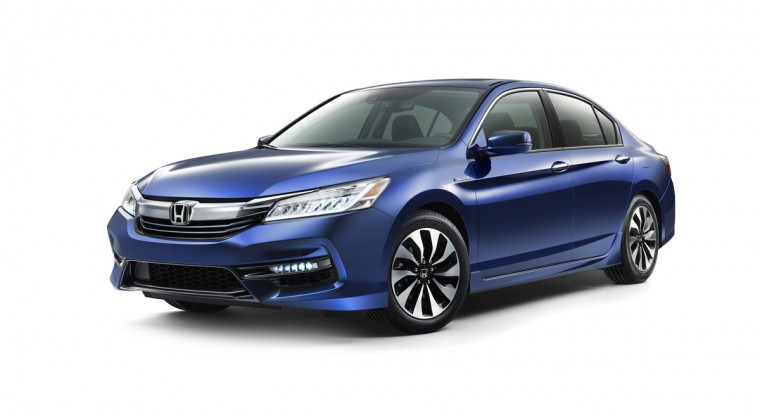 The Accord Hybrid’s powertrain combines a two-motor hybrid system with a 2.0-liter i-VTEC Atkinson Cycle engine, yielding 212 horsepower, the highest of any midsize hybrid sedan. The powertrain will seamlessly transition between three operations—EV Drive, Hybrid Drive, and Engine Drive—eliminating the need for a conventional mechanical transmission.

The new model will also feature all of the major upgrades made to the Accord lineup in 2016, including available Display Audio with Apple CarPlay and Android Auto and the standard Honda Sensing suite of advanced safety and driver-assistive technologies. Exclusive to Hybrid models will be a special aluminum hood and wheels, blue highlighted LED headlights and taillights, and “Hybrid” exterior badging. Additionally, a smaller hybrid battery pack increases the trunk space to a midsize hybrid class-leading 13.5 cubic feet.