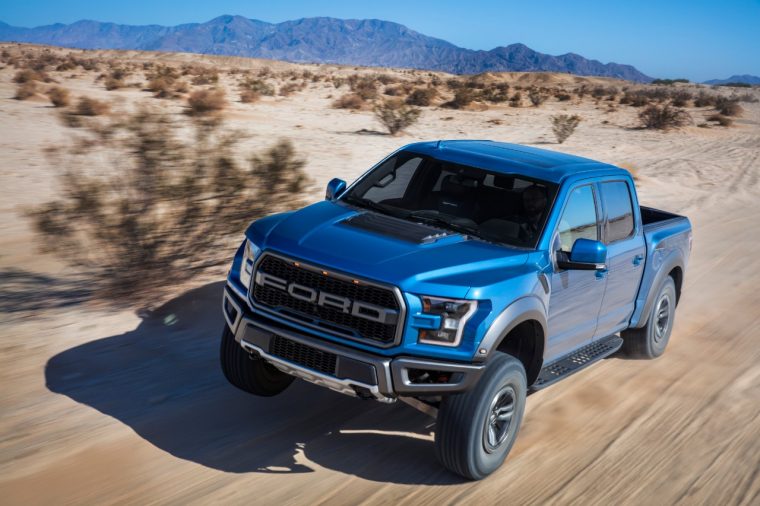 Audiences are packing movie theaters this weekend to see Jurassic World: Fallen Kingdom, the latest entry in an indie franchise that has enjoyed surprisingly little fanfare and made a modest profit over four films. Ford is set to unleash its own prehistoric mayhem-maker later this year with the launch of the new and improved 2019 Ford F-150 Raptor. While it’s not likely to ambush a British game warden wearing an safari hat in the jungle, it’s nonetheless a clever girl.

“Raptor’s success is rooted in its incredible suspension, superb vehicle control, and the confidence the truck instills in its owners,” said Hermann Salenbauch, global director, Ford Performance vehicle programs. “Upgrades to the 2019 F-150 Raptor have improved all three to new levels that the competition will have to benchmark — again.”

More from Ford: 2019 Ford Focus may be the best of its kind ever built — even if it’s largely going extinct in America

The new F-150 Raptor will feature all-new electronically controlled FOX shocks with Live Valve technology, which allows for continuous real-time damping to improve handling and increase bottom-out resistance. For low-speed crawls, Trail Control acts as a sort of cruise control for off-roading that automatically adjusts braking and power at speeds up to 20 mph.

On the inside, the 2019 F-150 Raptor is more comfortable thanks to new Recaro sport seats with increased cushioning and blue Alcantara inserts and accent stitching. Keeping with the theme of blue, the exterior will also be offered in Velocity Blue and Agate Black. Additional exterior upgrades include an enhanced rear applique and beadlock-capable wheels.

Set to arrive in late 2018, the 2019 Ford F-150 Raptor looks like it’s going to be good enough to deserve its own John Williams-composed theme. 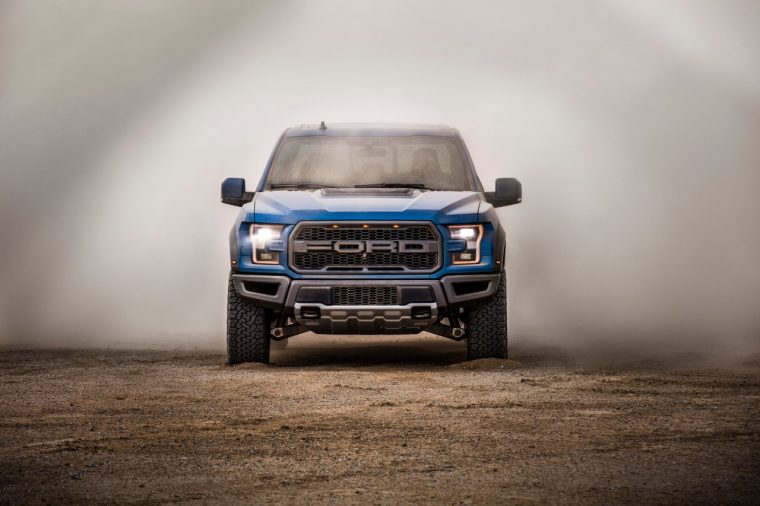