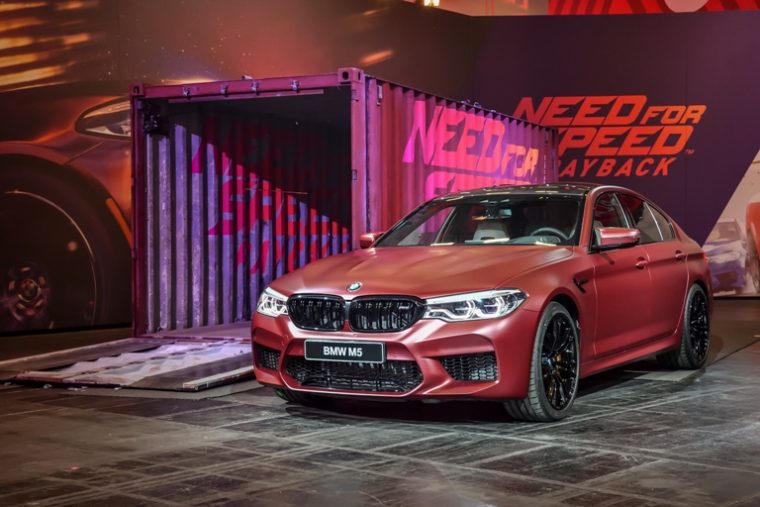 The secret’s out of the box now. Literally.

Earlier this year in June, Porsche chose a very unique venue for the debut of its 2018 911 GT2 RS vehicle: E3. During the Microsoft press conference at the video game event, Porsche revealed that the 911 GT2 RS would be the cover car for the upcoming Forza Motorsport 7 racing game.

Such a technique has evidently caught on, as BMW recently did the exact same thing. During the GamesCom convention in Cologne, BMW unveiled the brand-new BMW M5.

While Porsche might have partnered with Forza, BMW instead worked with the longstanding Need for Speed franchise. In fact, the BMW M5 first appeared in the trailer for the upcoming Need for Speed Payback, before appearing on stage as well.

You can view a BMW-themed trailer for the game below:

The latest BMW M5 is set to be the most powerful iteration of the vehicle ever introduced. With a power output of 600 horsepower, the new BMW M5 has a power increase of 40 horsepower more than its predecessor.

Furthermore, the BMW M5 will come equipped with BMW’s highly-advanced eight-speed M Steptronic transmission with Drivelogic. Working together with a 4.4-liter V8 engine with M TwinPower Turbo engine, this powertrain sends the M5 from 0 to 60 mph in just 3.2 seconds.

The road isn’t the only place where BMW fans can set the M5 loose. The performance model will be one of many vehicles featured prominantly in Need for Speed Payback.

“The new BMW M5 is a stunning car,” said Marcus Nilsson, Executive Producer at Ghost Games, the studio behind Need for Speed Payback. “With immense horsepower and torque combined with gorgeous design, our players are going to love getting behind the wheel of the new M5.” 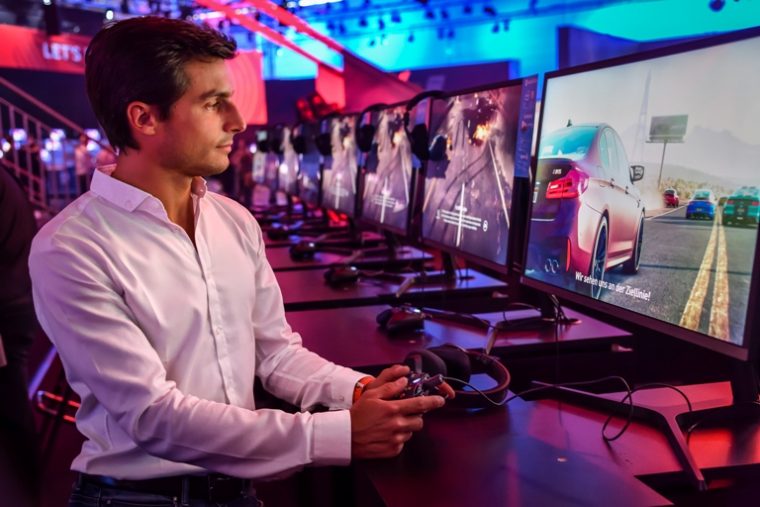 Bruno Spengler, a BMW Works Driver, tests out the BMW M5 in the virtual world

BMW is no stranger to working with the Need for Speed franchise. BMW vehicles have appeared in the games since 1997, with the the BMW M5 making its in-game debut in 1999. With an increasing amount of partnerships between automotive companies and video game developers, vehicle debuts might soon be nearly as common at video game conferences as they are at auto shows.