Toyota’s first commercial for the 2014 Corolla traces how the car has morphed right along with the surrounding culture ever since its original release in 1966. In the advertisement, the Corolla rolls through musical scenes of the past six decades, like disco, funk, and punk, until bursting out— in an electric cloud of color—onto the roads of the present. The commercial, titled “Style Never Goes Out of Style,” seeks to remind customers of the dependability of the Corolla—it’s been here since ’66 for a reason. 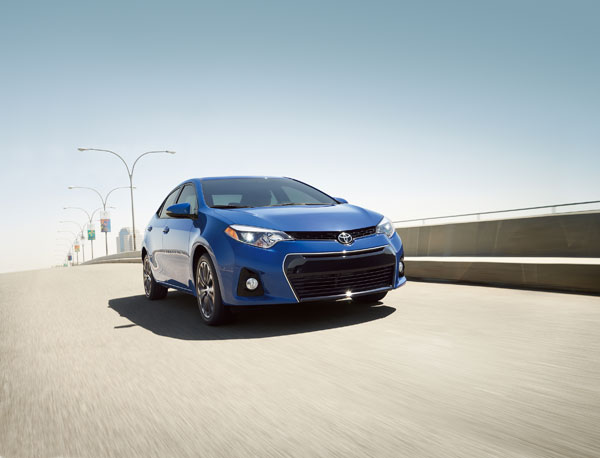 Of course, to stay this hip and relevant, the Corolla has repeatedly undergone major changes, twisting and transforming to keep up with drivers’ ever-changing needs. The 2014 Corolla, which marks the 11th generation of the car, infuses just a bit more spunk into the car’s look while never wavering from the reliability, safety, and economy that have lent the Corolla such staying power.

The Corolla L, the base model, starts at just $16,800, and even the Corolla S, the high end model, starts with an MSRP of just $19,000. These lower prices, coupled with an estimated 37 mpg highway, ensure that the Corolla is a safe choice for both your family and your wallet. Speaking of safety, the 2014 Corolla is expected to perform well on safety tests, at least as well as its 2013 predecessor—an IIHS top safety pick.

Corolla’s new commercial doesn’t just look back nostalgically on the Corolla’s past; it also points the way to fifty more years of keeping Corolla one of the best-selling small cars on the market.