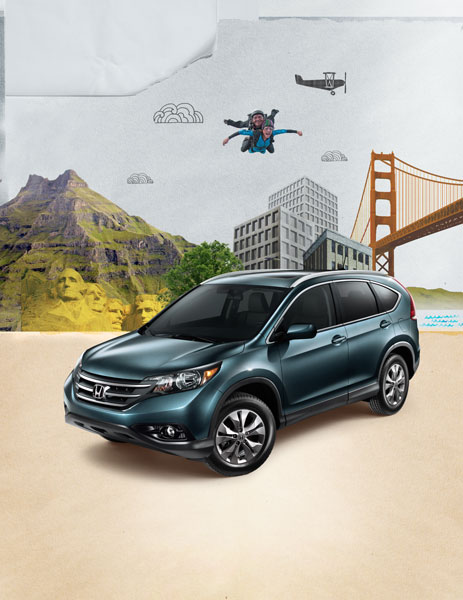 We’ve all gotten a little dizzy after one too many optical illusions as kids. These little eye dazzlers tend to keep us coming back for more, an idea that Honda is taking into consideration with the new CR-V ad campaign that baffles the mind and drops the jaw.

Through the use of some cool visual effects, the European campaign called “An Impossible Made Possible” does just that—makes the impossible seem as if it truly happening. At one point, the CR-V 1.6 i-DTEC Diesel that is being advertised drives towards five cement pillars, making the viewer cringe at the oncoming collision. The impossible occurs though, when it is revealed that three of the five pillars are in fact painted on the ground, creating the illusion that they are real.

Hitting on the idea that things aren’t always what they appear, the new CR-V ad campaign ensures to keep its viewers on their toes, just like the phenomenal gas mileage the CR-V boasts does. Check out just how the commercial was made here.