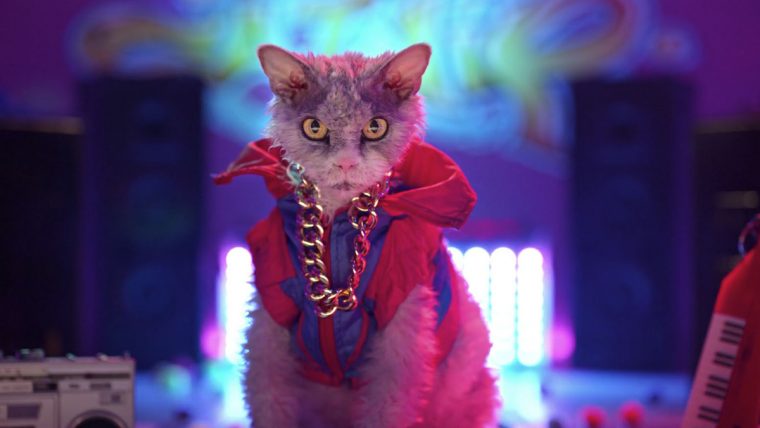 Do you ever have one of those moments where you realize that, when it comes to the current cultural zeitgeist, you’ve simply lost the thread?

Perhaps you notice everyone around you dancing and singing along to a hit single that you don’t even recognize. Or maybe your friends are excitedly discussing spoilers for season six of a highly acclaimed premium cable show that you didn’t even know was on the air. Or you might see lines stretched out the door for the premiere of a movie starring a comic book character you’ve never even heard of before.

Well, that’s basically what happened to me a few moments ago, when I saw that Honda’s newest television ad campaign stars a celebrity internet cat that I had no idea existed.

His name is Pompous Albert, and he’s apparently a big enough star to anchor a 36-second commercial for Honda Genuine Parts and Service Centers:

For those of you who, like me, are so culturally ignorant as to be unaware of Pompous Albert’s existence, allow me to fill in the blanks. As this Inside Edition video (from 2015!!) explains, Pompous Albert is a popular Instagram cat so named for his striking resemblance to frizzy-haired physicist Albert Einstein and his perpetually scowling countenance, which fits nicely with the sarcastic and dismissive captions written by his Salt Lake City owners.

The “Instafamous” (that means Instagram famous) Albert was chosen to lead this new marketing campaign after “Honda went in search of the biggest skeptic on the Internet to win over the social media masses.”

“Pompous Albert’s many followers seem to share his skeptical sensibility, so we thought it would be fun to create a visually compelling storyline that was not only relatable, but raises awareness about the importance regular maintenance with Genuine Honda Parts and Service,” said Nick Lee, Manager of Service Marketing at American Honda. “Summer is perfect for road trips, cruising with friends, and spending time with family and pets, which also makes it a critical time of year to keep vehicles running smoothly by visiting a local Honda dealership.”

Welp, I for one am finding myself feeling more and more like Grampa Simpson every day.

Excuse me while I go yell at a cloud.