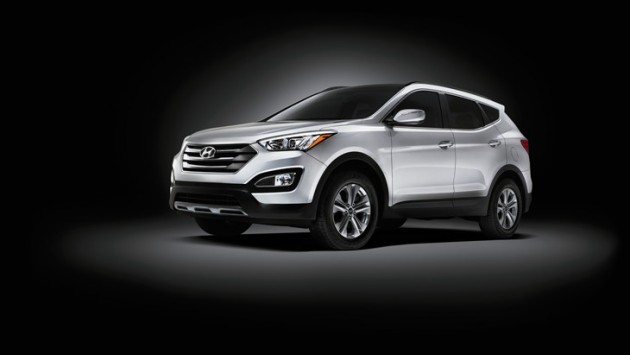 Pope Francis has been all about living simply and humbly ever since taking his position as the Bishop of Rome in March 2013. From his contemporary philosophies to his yerba mate drink, his holiness has done much to separate himself from the legacy established by previous generations.

For over 80 years, Mercedes-Benz has supplied the Vatican with numerous modified vehicles for holy transportation, including the popular Mercedes-Benz M-Class sport utility vehicle with bomb-proof casing used by Pope Benedict XVI. Now, Pope Francis is changing that convention too. Earlier this month, he revealed that he traded his bulletproof Benz for a humble Hyundai Popemobile.

The Hyundai Santa Fe-based Popemobile–what is purported to be a white 2.2-liter CRDi-powered Sport edition–was established as part of the Vatican fleet on a drive through St. Peter’s Square during the Pope’s weekly audience.

A number of differences distinguish the Santa Fe Popemobile from previous versions. In addition to simply being a different model, the new vehicle is lower, narrower, and convertible. It isn’t even equipped with bulletproof glass! It does have a retractable step, removed back seat, and multiple stabilization bars.

Inside the new Pope Mobile:

The new Hyundai Santa Fe Popemobile isn’t a surprise considering Pope Francis’ fondness for his old Renault he drives himself. In interviews, Pope Francis has expressed that his closeness to the public is worth the risk of his safety and that at his age, he doesn’t have much to lose.