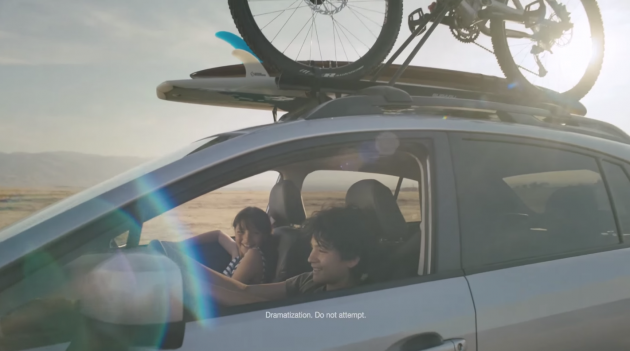 A new Subaru commercial for the 2015 XV Crosstrek makes the crossover seem more like a DeLorean, thanks to its apparent time-traveling abilities. Set to the tune of Joshua Radin’s “Beautiful Day,” the ad claims that “You’re only young once – unless you have a Subaru.”

The title of the television spot, “Fountain,” refers to the fabled fountain of youth, as the ad itself features a couple that magically transforms into children as they go for a spin in the 2015 XV Crosstrek. According to the Japanese automaker, this new Subaru commercial is meant to illustrate “how a drive in a new XV Crosstrek can unleash the hidden child in us all.”