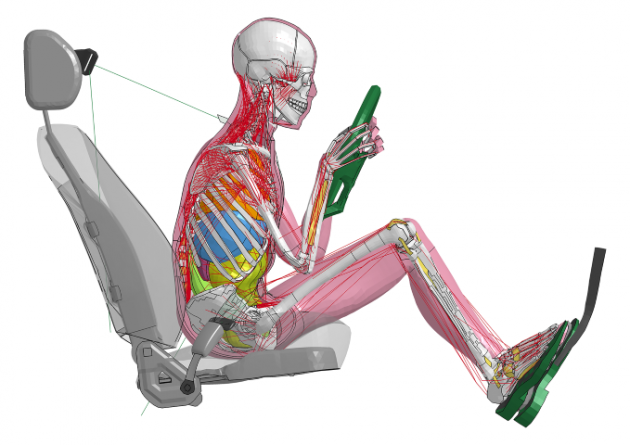 THUMS in a relaxed driving position

If you’ve ever been involved in a collision—whether it be with another vehicle or an inanimate object—you know that you tend to brace yourself when you see the accident coming and are unable to prevent it. Until now, crash test dummies were unable to emulate this action, making it difficult for automakers to predict exactly how drivers and passengers will be affected when involved in a collision they can see coming. It’s for this reason that Toyota has developed a new crash test dummy—one that is more advanced than ever before.

The latest version of Toyota’s Total Human Model for Safety (THUMS) is able to simulate a multitude of states—from relaxed to braced—to allow Toyota to see how occupants might be affected by collisions involving its vehicles. By utilizing THUMS Version 5 in crash testing, Toyota can examine the effectiveness of its vehicles’ airbags, seatbelts, and pre-collision systems more accurately than ever before. 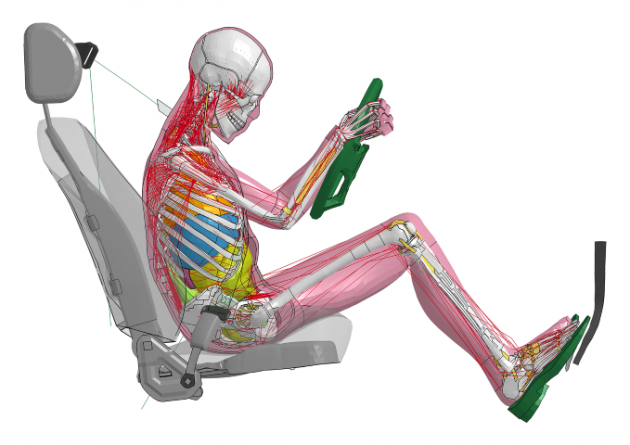 THUMS in a braced position

THUMS was first developed by Toyota in 1997, and was launched in 2000. Since then, each update has added more features that mirror human drivers, making crash testing more and more accurate. THUMS is designed to simulate the human body, including its bones and skin, and can allow users to examine and analyze bone fractures, severed ligaments, and other common injuries that occur frequently in car accidents.

Check out this video that shows THUMS Version 5 in action.