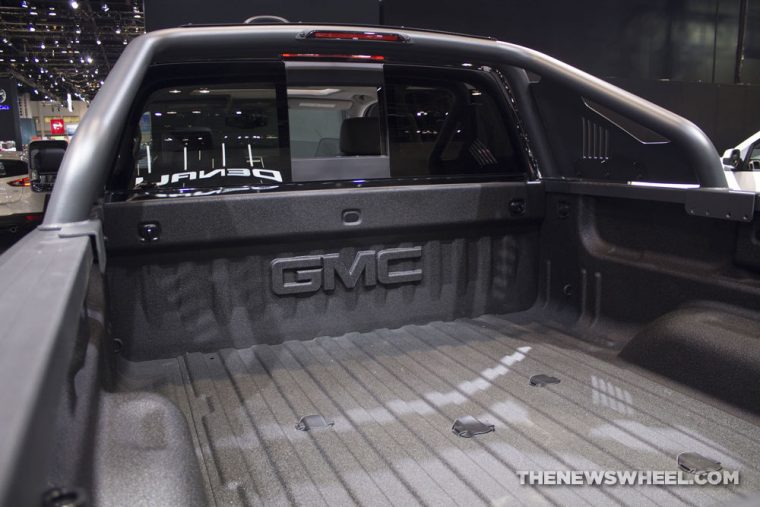 A report from earlier this month speculated that General Motors is moving to implement carbon fiber truck beds for higher-end versions of its Chevrolet Silverado and GMC Sierra within the next couple of years. An additional report from Automotive News wonders if it won’t be without the help of the company’s longstanding carbon fiber partner.

Just a little over six years ago, General Motors announced plans to partner with carbon fiber manufacturer Teijin Ltd. in order to co-develop a carbon fiber-reinforced thermoplastic composite. The ultimate objective of the partnership would be to utilize the technology at scale in GM production vehicles.

However, Auto News’ Michael Wayland notes that Teijin last year announced plans for a carbon fiber production facility in Greenwood, South Carolina, that the company said will not be operable until mid-2021.

It was also noted by a Teijin spokeswoman that the company is prioritizing carbon fiber manufacturing for aerospace purposes over that of automotive use. She would not comment specifically on whether the company would be handling production for GM’s future truck beds, and she noted that Teijin has joint development projects for its carbon fiber-reinforced thermoplastic with “several automakers” in addition to General Motors.

A GM spokesperson also confirmed the company’s relationship with Teijin, but would not comment further. GM also declined comment on the status of the next-gen Silverado and Sierra altogether, saying that the company’s objective in building its new trucks is to do so “without any sacrifice of safety, ride dynamics, or utility.” They noted, however, that this entails using “the right materials in the right place.” This, given the Chevy brand’s attacks on Ford’s use of aluminum in its F-150 and Super Duty, suggests that the next-gen trucks will largely stick with steel.

Teijin says that the process through which it manufactures its carbon fiber thermoplastic, dubbed Sereebo, cuts the process of molding down to under a minute. Because traditional carbon fiber-reinforced thermoplastic molding can take between minutes and hours to complete, this is seen as an immense cost-cutting measure that would help a great deal with cutting the costs of application.

The fact that GM seems initially positioned to use carbon fiber in the truck beds of trucks with closer to six-figure price tags, however, suggests that the Sereebo process may not be in use at the jump. The idea of carbon fiber featuring in higher-end truck variants to start seemingly supports a report from October in which a Sierra Denali prototype shown to dealer representatives was described as having a “revolutionary” truck bed.

The new Silverado and Sierra will likely be revealed within the next several months before hitting the market before the end of 2018.