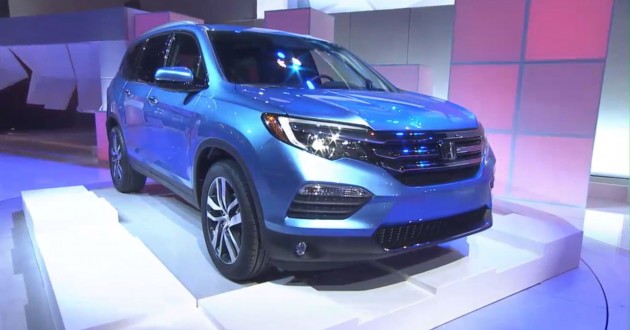 Chicago meets the 2016 Honda Pilot at its glitzy debut
Photo: Honda via YouTube

“The Year of Honda” continues at the 2015 Chicago Auto Show. As one of the first brands to present this week in the Windy City, Honda has debuted its highly-anticipated, redesigned eight-seater: the 2016 Pilot SUV. The automaker intends to bring “new technology, advanced safety, class-leading fuel economy and enhanced family utility and versatility” to the three-row SUV segment.

After seeing that intriguing teaser photo from a few weeks ago, we were ready to see an actual production version of the SUV.

The Already-Impressive Honda Pilot SUV Even More Stunning After Redesign

While Honda has a reputation for being a safe, predictable brand, it’s taken a lot of chances on its Pilot SUV, becoming a leader in unibody construction and fuel economy in its segment since the model debuted in 2002. The third-generation Honda Pilot that debuted today at the Chicago Auto Show continues that tradition. 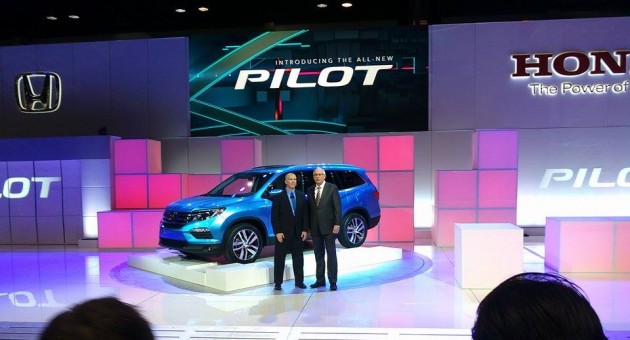 The two Honda executives present the stylish yet practical 2016 Pilot

At the presentation, Sr. Vice President Jeff Conrad took to the stage to discuss Honda’s record-breaking 2014, the brand’s best-selling sedans, and the two precursors to the redesigned Pilot: the CR-V and HR-V, which both complement the Pilot in one integrated lineup. After an animated cutaway scene, the new breed of SUV appeared on stage in a sophisticated yet sporty light blue color (driving up to the tune of Raphael Lake’s “Speed of Light”).

While we weren’t told much else about the Pilot’s specs, we do know that it’s built on the Earth Dreams powertrain with a 3.5-liter i-VTEC V6 variable cylinder management system. Consumers can choose between a six-speed AT or nine-speed AT with paddle shifters.

Designed, developed, and built in America, the 2016 Honda Pilot will be available in dealerships this summer. We expect it will sell quite well.

Other Highlights for Honda from Chicago: The Upcoming Ridgeline and the HR-V 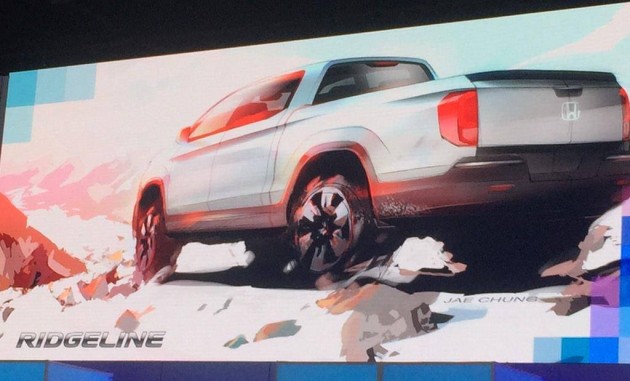 The other highlight of the press conference was the insight we finally got into the upcoming second-generation Honda Ridgeline. Because this four-door, short-bed pickup won’t enter production until 2016, we didn’t get to see a concept model, but we did get to see a brief concept sketch–which honestly didn’t reveal very much. It sticks more closely with truck proportions and style but maintains comfort and sizable cargo space.

Visitors to the Chicago Auto Show can also see the production model of the 2016 Honda HR-V Crossover, which debuted at the LA Auto Show in November. The versatile model (and the most fuel-efficient gasoline SUV on the market) is part of the new lineup which Honda will be launching this spring. 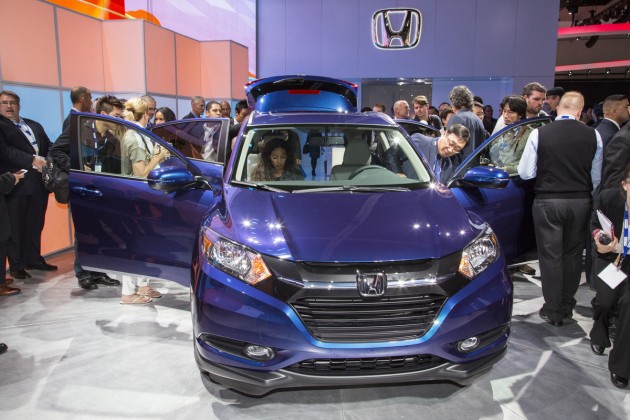