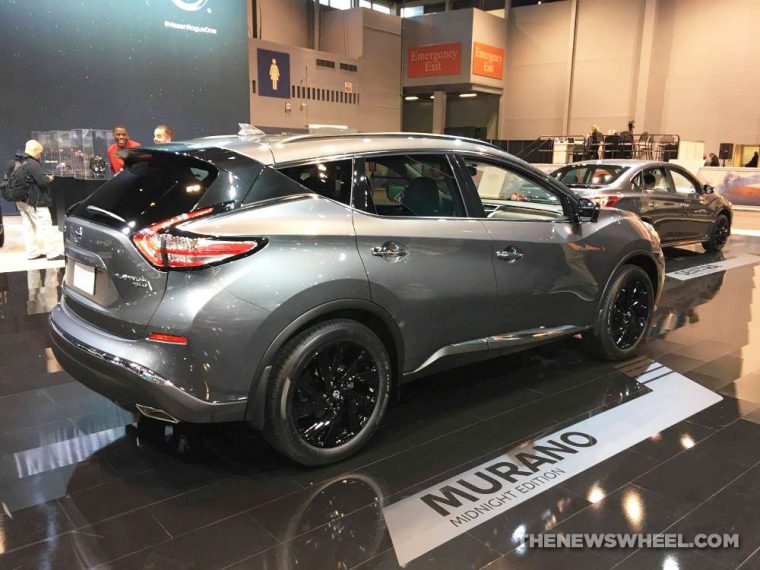 Once upon a time, Nissan only offered the popular Midnight Package with the Maxima SR, but in a drastic turn of events, the Japanese automaker has decided to expand the availability of this appearance package to five additional models, which are the Rogue, Murano, Pathfinder, Altima, and Sentra.

In total, these six vehicles offered with the Midnight Package account for approximately 75% of Nissan’s sales, so the company has high hopes for the expanded package. What’s more, while the Maxima SR Midnight Edition was only available in black, there are new color options available for 2017. Those new hues are white, red, and gun metal gray.

So, what exactly does the Midnight Package add to each new Nissan? Well, the answer is every model will feature a black spoiler, black wheels, black mirror caps, and new stylish floor mats. After that, each model comes with its own unique styling cues. For example, the Rogue Midnight Edition comes with black roof rails and illuminated kick plates, while the Pathfinder Midnight Edition gets a chrome rear bumper protector and black splash plates.

Besides adding a little more visual excitement, the Midnight Package helps consumers save money. That’s because Nissan has priced this package at about half of what it would cost to add these pieces one by one at a dealership.

Nissan is already accepting orders for the Midnight Package on all models, except the Rogue. The Rogue Midnight Edition will become available in March 2017.

All six of these models are on display at the 2017 Chicago Auto Show.

The News Wheel is live tweeting, Instagramming, Facebooking, and more from the 2017 Chicago Auto Show. Follow The News Wheel on social media to stay up-to-date on all things CAS 2017 and perhaps catch a closer look at this new model.