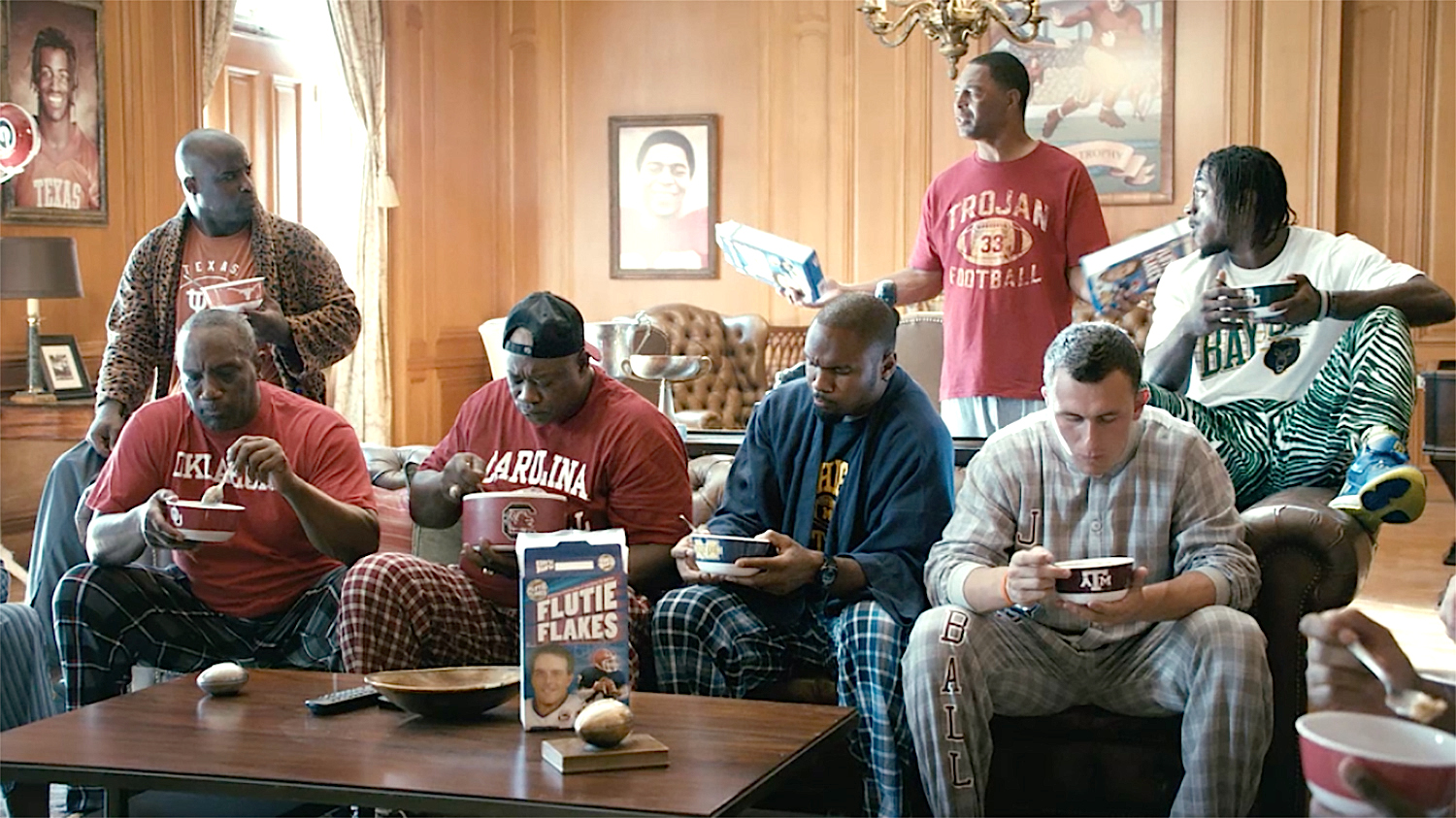 And your quota for Flutie Flakes references for the next decade is now complete.

The Nissan Heisman House is returning for a fourth year, and this time, they’re bringing Johnny Football into the fold. Don’t worry, Browns fans: he doesn’t flip anybody off in any of these videos.

Nissan Heisman House places Heisman Trophy winners from the past (Roger Staubach, Billy Sims, Marcus Allen, Doug Flutie) in various situations with more recent Heisman winners (Manziel, Robert Griffin III, Ricky Williams, and Charles Woodson because we reserve the right to consider 1997 ‘recent’). Given that Nissan is the title sponsor, you get a lot of good hero shots of the GT-R, Altima, Titan, Pathfinder, Murano, Rogue, and JUKE.

The objective is for fans to watch the videos and then submit their choices for this year’s Heisman (sorry, Bucknuts, but it’s definitely not going to be Braxton Miller). Nissan will cast their vote (yeah, Nissan has a Heisman vote, what of it) for the winner of popular vote.

“Nissan’s Heisman House brings to life a fantasy for most college football fans – just hanging out with some of the best college football players that ever played the game,” said Fred Diaz, senior vice president, Nissan Sales & Marketing and Operations, Nissan North America, Inc. “Not only is it great to join ESPN in bringing a little more fun and excitement to games this fall, Nissan is particularly proud to play a role in some of the rewarding work of the Heisman Trust.”

In addition to the Nissan Heisman House campaign, Nissan is a longtime supporter of the Heisman Trust and its community outreach efforts. Recently, Nissan and six former Heisman winners built a Habitat for Humanity home in Texas and conducted a youth football camp for underprivileged children. Pretty selfless stuff (a word that probably isn’t used very often to describe Johnny Football…HOT SPORTS TAKE).

Feel free to check out the full lineup of Nissan Heisman House videos below, but first do yourself a favor and check out this amazing .gif of Michael Sam blowing Manziel’s spot up.

Gets better every time  Source: The Score