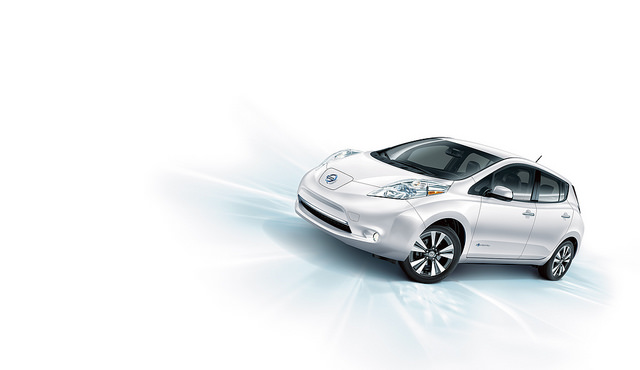 To open the eyes and pocketbooks of gas-guzzling vehicle-owning motorists to the freedom and joy generated from owning an all-electric vehicle, Nissan is picking up the tab at the pump this summer.

Nissan’s “Kick Gas” promotion to promote ownership of a fuel-free, all-electric vehicle will target select gas stations across five cities in the Northeast, where motorists will be gifted fuel for free.

According to Nissan, “The promotion demonstrates the freedom of not having to pay for fuel, a feeling that over 100,000 Nissan LEAF owners across the U.S. experience every day.”

Specific gas stations in the northeastern states of Massachusetts, Maryland, New York, Connecticut, and New Jersey will participate in Nissan’s “Kick Gas” campaign. To find out which gas station is giving away free fuel, consumers should monitor Nissan’s social media outlets (Facebook, Twitter, and Instagram) and keep a watchful eye on #KickGas;  those who benefit from the campaign are invited to post their thoughts about the campaign and their Nissan interaction on social media, remembering to include the #KickGas.

“Nissan pioneered the mass-market EV moment and is steadily building the EV charging infrastructure across the country. We’re continuing that tradition by encouraging consumers to ‘Kick Gas’ and adopt an all-electric lifestyle,” said Brian Maragno, director, Nissan EV Sales and Marketing. “We’re bringing the freedom of fuel-free driving that LEAF owners throughout the world know so well.”

According to Nissan, the all-electric 2017 Nissan LEAF features a 30kWh battery and “offers an EPA-estimated range of 107 miles.”

The Nissan LEAF is becoming a popular choice for car consumers looking to ditch the cost of gas, and it’s also standing out among its peers for its engineering and price tag. The editors at Kelley Blue Book singled out the 2017 Nissan LEAF as one of the “5 Best Electric Cars Under $40,000.”