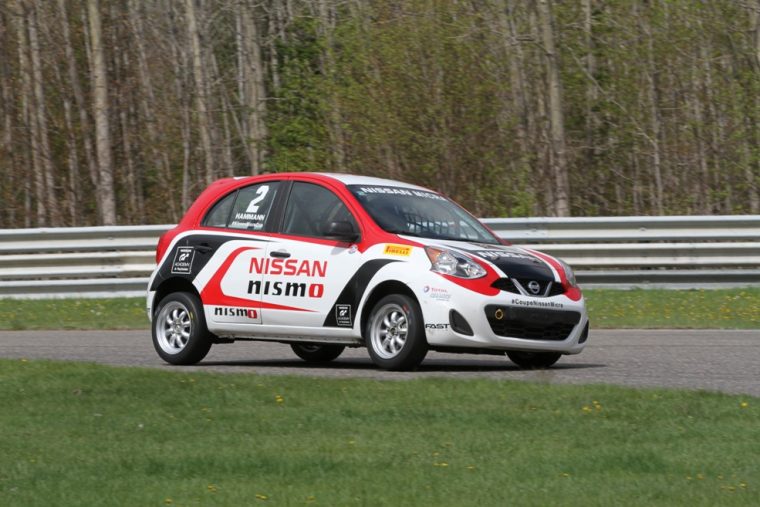 The Nissan Micra Cup series might be a relatively affordable race circuit to enter, but the competition is as intense as any of the bigger series. This Sunday, June 19th, the series will hold its fifth and sixth races at the Quebec racetrack Autodrome St-Eustache, near Montreal. Last year, the races at Autodrome St-Eustache were some of the most exciting on the schedule, and Sunday promises to be another fun day for the small subcompact racers. These Quebec races are also the first required events of the season, so any racer that wishes to be in the running for the Cup must be present and running.

Another reason to be excited for the races this weekend as they mark Bertrand Godin’s debut in the series. Godin is a former open wheel driving star who conquered the Grand Prix du Canada and Cleveland (Ohio) during his time behind the wheel. He’ll have to compete with the best of the Nissan Micra Cup, including Kevin King, who has walked away victorious from two of the first four races this year and is on his home Quebec turf. Nic Hammann, U.S. winner of the Nissan GT Academy in 2014, will also be racing with a NISMO GT Academy Micra, which is sure to present a challenge to other drivers on the track.

Two rookie drivers that will be heading to the track for the first time in the Nissan Micra Cup are Stéfan Gauthier and Ashley Sahakian. We wish them well, and hope that they’re prepared for Sunday, as it is the only time in the 2016 season that two races will be held on a single day.