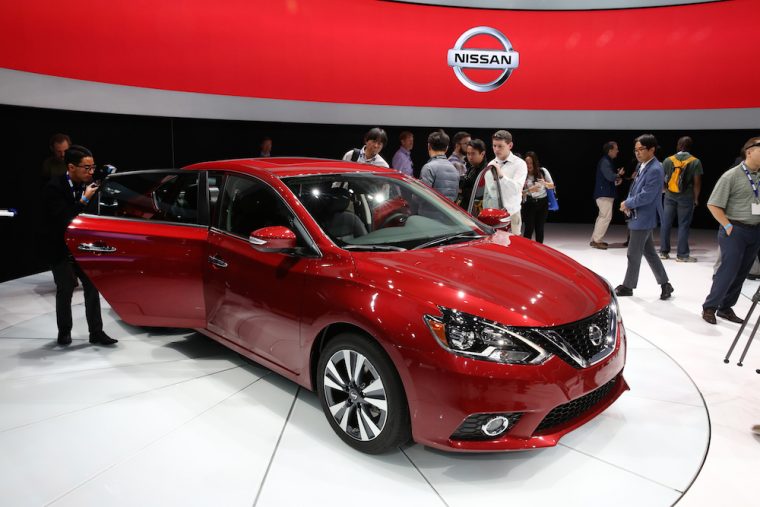 It seems that Nissan is in a revising kind of mood lately. Following the major reboot of the nearly-axed Maxima and the redesign of the sales-leading Altima, at the LA Auto Show Nissan has revealed its latest refreshed vehicle: the 2016 Sentra.

This means that all three of Nissan’s best-selling sedans have gotten a makeover, in a process that Fred Diaz, senior vice president, Sales & Marketing and Operations, U.S.A., Nissan North America, Inc, described as “taking a powerful nameplate and making it even better.”

Can’t Wait for the New Sentra? Check out the 2015 Sentra

The new Sentra’s exterior follows cues set by the Maxima and Altima, with new fascias in the front and rear, a new grille, new fenders, new hood, boomerang-shaped head- and taillights, new 17-inch wheels, and, on SR and SL trims, LED headlights. All of these changes kept with Nissan’s new Energetic Flow design language.

The Sentra’s handling and performance have been touched up as well through a retuned suspension design, enhanced body stiffness, and the newest generation of D-step Logic Control of Xtronic continuously variable transmissions, which is standard through the entire Sentra lineup, save for an available six-speed manual in the Sentra S trim.

Down and Dirty: Would leaving your car covered in dirt increase fuel efficiency?

The Sentra will start at $16,780, with full pricing and packages to be announced later.