The 2016 Nissan TITAN XD full-size pickup is a huge machine. Just look at the thing: 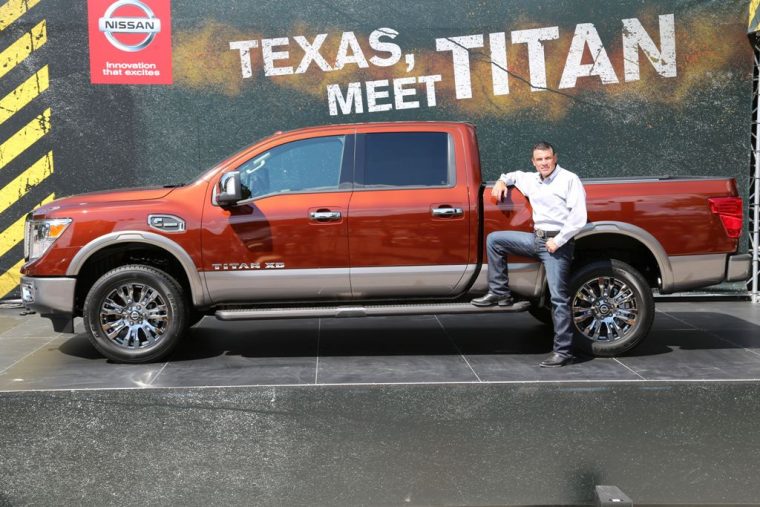 Hint: that toy-sized figure leaning against it is a full-grown man

So, with such a huge truck to show off, Nissan decided that the best possible place to take it to show off, of course, was Texas. However, Nissan didn’t show up just anywhere—it went right to the world-famous State Fair.

What About Mid-Size? Have a look at the new Nissan Frontier

There is one problem, though: just pointing at the TITAN and saying “Hey look, a big truck,” isn’t exactly going to turn heads, especially in Texas. So, Nissan built a nice little thing called the “TITAN Proving Grounds,” to show the TITAN’s abilities in its rough-and-tumble natural setting.

Then Nissan offered truck fans the opportunity to take part in a series of activities to experience the TITAN.

“Texas has played a huge role in the development of our all-new lineup of American TITAN trucks. The initial focus groups took place here and we’ve taken it through multiple clinics throughout the state. Texans know trucks and we wanted to hear from expert truck customers,” said Fred Diaz, senior vice president, Sales & Marketing and Operations, U.S.A., Nissan North America, Inc. “To test TITAN XD under real world conditions, we’ve also put prototype trucks in the hands of folks in Texas and across the U.S. – construction workers, farmers, ranchers, and even a rodeo equipment manufacturer.”

Visitors have only until October 18th to experience the 555 lb-ft of torque produced by the TITAN’s Cummins® 5.0-liter V8 Turbo Diesel engine, capable of hauling more than 12,000 pounds when correctly equipped.

Like Trucks? Check out Nissan’s Navara truck in Thailand