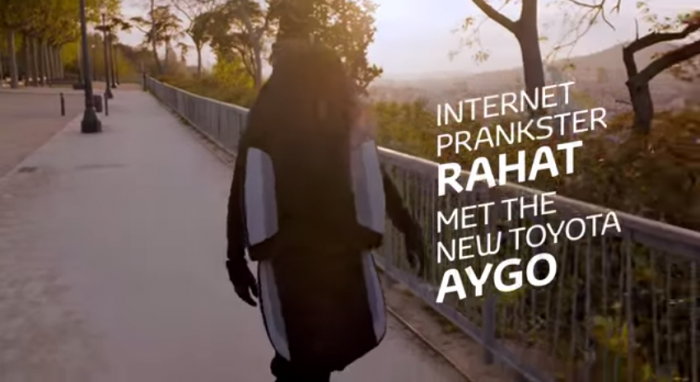 Recently, a video surfaced featuring Rahat, internet prankster supreme, dressed up as a car seat, confusing Europeans as he drove around the new Toyota Aygo. Sounds weird, right? Well, it is. But the Toyota invisible driver prank quickly went viral, making the rounds across a variety of social media, and even Toyota’s global press site. [ Check out the video for yourself below ] 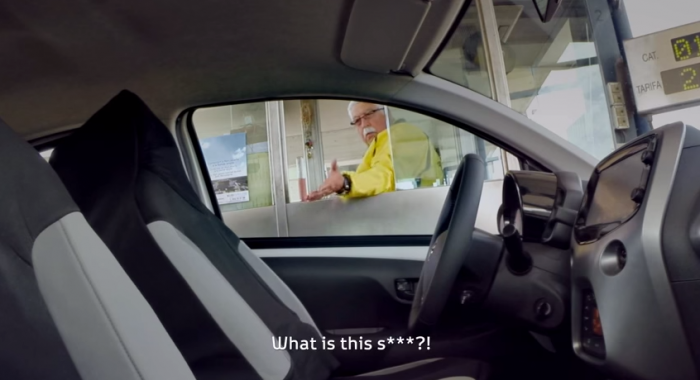 As Rahat gets behind of the wheel of the new Toyota Aygo, he soon becomes virtually invisible.  Sure, if you look closely, you can make out a hand turning the steering wheel, or a leg moving as Rahat shifts gears, but to the passerby this must have been an extremely odd sight.

As he drives, Rahat encounters a tollbooth operator, a valet, a car wash attendant, and some very confused staff of a drive-thru chain. While it’s probably pretty certain that these people are paid actors, the video remains entertaining and certainly shows off the Toyota Aygo’s full potential as a fun, eye-catching city car. 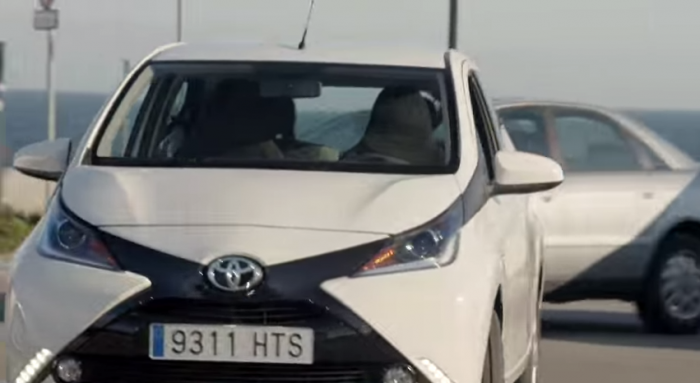 Watch the video for yourself and let us know what you think. Cleverly-made ad, or real-time prank?

Check out the video here: