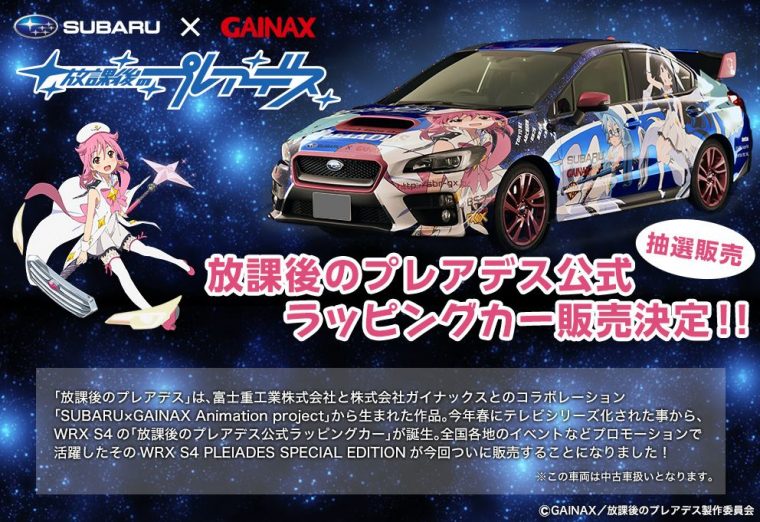 Fans can win a chance to buy (yes, the winner still has to pay) this one-of-a-kind Wish Upon the Pleiades itasha Subaru WRX S4 model

In what might be the strangest form of brand promotion, Subaru recently funded a Japanese anime series called Wish Upon the Pleiades, which followed the story of Subaru, a female protagonist who is joined by a group of magical girls on a mission to find missing engine fragments in space to send a Pleiadian alien back to his home planet. As strange as it sounds, it is actually really well done and has served well for Subaru, despite the lack of actual vehicle promotion in the now completed series. 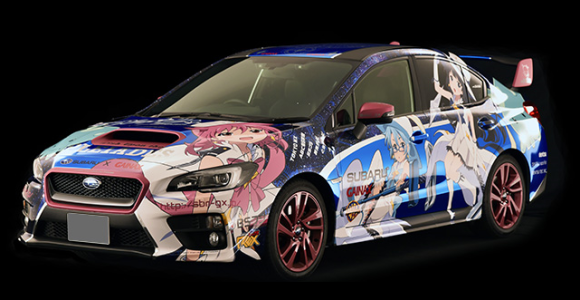 A special Wish Upon the Pleiades itasha vehicle even emerged from the sponsorship. (Itasha, which literally means “painful car,” refers to a vehicle that has been decorated or wrapped to with fictional characters from manga, anime, and/or video games.) The vehicle in question is a Subaru WRX S4, wrapped in blue and pink and featuring several of the show’s main characters.

The Wish Upon the Pleiades itasha, a 2014 model, was used at promotional events in Japan and made appearances at several itasha events as well. As such, it’s currently got about 4,350 miles on the odometer. 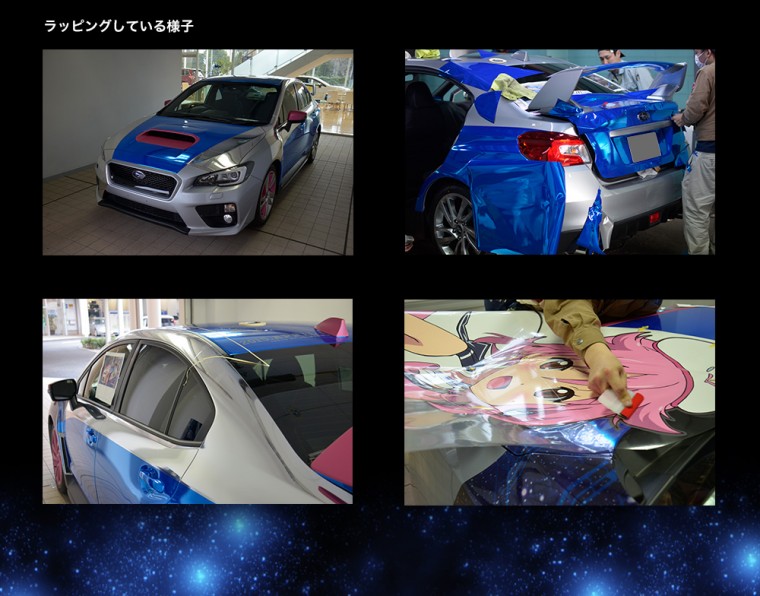 Because there is just one model in existence, Subaru is holding a drawing—not to win the car, of course, but to see who is lucky enough to fork over the cash to buy it. You can enter to win the car here. Let’s hope you speak Japanese (though Google Translate’s attempt is quite amusing) and, you know, live in Japan, if you plan to enter and drive this baby home—or maybe to the stars.