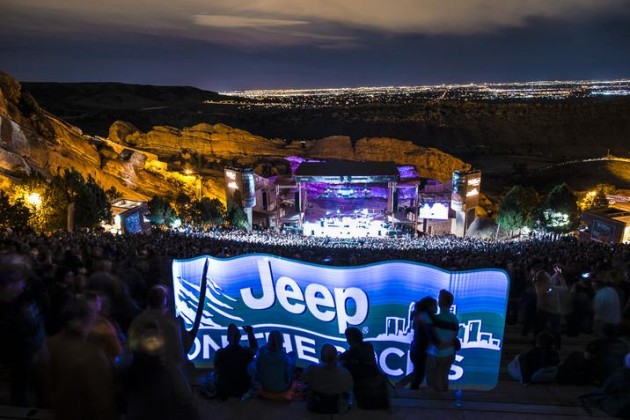 The third annual Jeep on the Rocks concert will feature Panic! At the Disco, American Authors, and X Ambassadors

Although the 3rd Annual Jeep on the Rocks concert won’t hit the Red Rocks Amphitheater until October 10, 2015, music fans across the country are already getting pumped. This year, Jeep has secured hugely famous Panic! At the Disco to headline the show.

Here’s one of Panic!’s more popular songs, “I Write Sins Not Tragedies”:

Opening for Panic! At the Disco are American Authors, who are known for their chart-topping single “Best Day of My Life,” and the X Ambassadors, whose song “Renegade” was used in the 2015 Jeep Renegade Super Bowl commercial earlier this year.

Take a listen to “Best Day of My Life”:

The concert is meant to “celebrate the end of summer under the stars,” though mid-October seems to be a tad too late to mark the end of the summer season. Regardless, Jeep on the Rocks is sure to be the event of the season in Colorado, if past years are any indication. In 2013, the Counting Crows rocked the house, and just last fall, O.A.R. headlined a very memorable concert.

The concert this year will be promoted by iHeartMedia Denver. Tickets are on sale as of earlier today and start out at just $39.50 for general admission. Reserved seating is $59.50. Some applicable fees and charges may be added. You can reserve tickets online or by calling (888) 929-7849. And, if you drive a Jeep, you’re in luck—there are special “Jeep Only” parking areas to get you into the action faster.

The “doors” open at 5:30pm (Mountain Time), and the show will begin shortly after at 7.