Path to Formula One: Super License 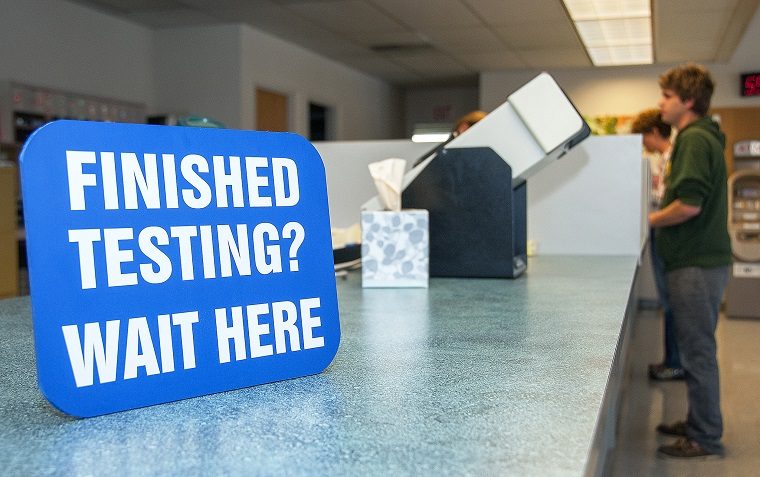 The DMV is not where you’ll be getting your Super License
Photo: Oregon Department of Transportation

Before drivers can compete in the Formula One World Championship, they must first hold an FIA Super License. In summary, drivers can only be eligible to do so once they meet all of the following conditions:

Drivers seeking an FIA Super License will already be familiar with the license system and must already hold an FIA International Grade A License (for which they needed a B license and so on). It is likely they already meet this requirement if they are competing in a series just below Formula One.

Drivers must hold a current and valid road license in any country. Famously, Max Verstappen earned his driver’s license in September 2015 only after he had started racing in Formula One earlier that year, before the FIA changed the rules.

Before 17-year-old Max Verstappen controversially became the youngest-ever driver in Formula One in 2015, there had been no official age limit for obtaining a Super License. Though many believed Verstappen was too young, he has since silenced his critics with his excellent driving. But though youth may not be a barrier to driving ability, maturity is also an important component of being a top-level racing driver.

The FIA mandates that anyone seeking a Super License must pass a test concerning “the most important points” of the International Sporting Code and of Formula One regulations. The FIA does not specify what the test covers in detail or the parameters for passing it. For any subsequent requests for a Super License, the relevant F1 team must brief the driver on the subject instead.

Another change brought about by Max Verstappen, drivers must now complete at least two full years of racing in junior formula leagues, attending at least 80% of the races held. Verstappen had only completed one season, going from karting in 2013 to Formula 3 in 2014 and Formula One in 2015.

Drivers must complete at least 300 km, or 184 miles, in recent Formula One machinery. This can prove to be the toughest requirement to meet for many Super License applicants, as getting behind the wheel of an F1 car—new or old—normally requires deep pockets or being firmly on someone’s radar for a seat. This can be done during official pre-season, in-season, and post-season tests and all 300 km must be completed within a span of only two days, at speed and without major troubles, and no more than 180 days prior to applying for the Super License.

Drivers must have accumulated at least 40 points over a three year period from the following table (in bold are official FIA Global Pathway championships). 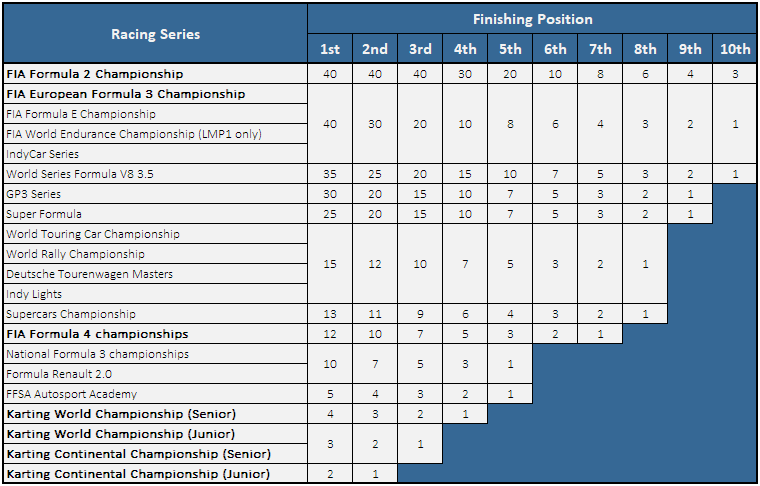 Once a driver earns 40 points, they are given a three-year grace period to race competitively in Formula One before becoming ineligible for a Super License. Exceptions can be made by unanimous vote for drivers under exceptional circumstances (as could well happen for Robert Kubica).

In 2016, the FIA announced it would also award two bonus “safety points” to drivers who have successfully avoided penalties for dangerous or unsporting behavior throughout a season, though it did not specify if those points were cumulative during the three-year period and whether it is possible to lose them following unsporting behavior.