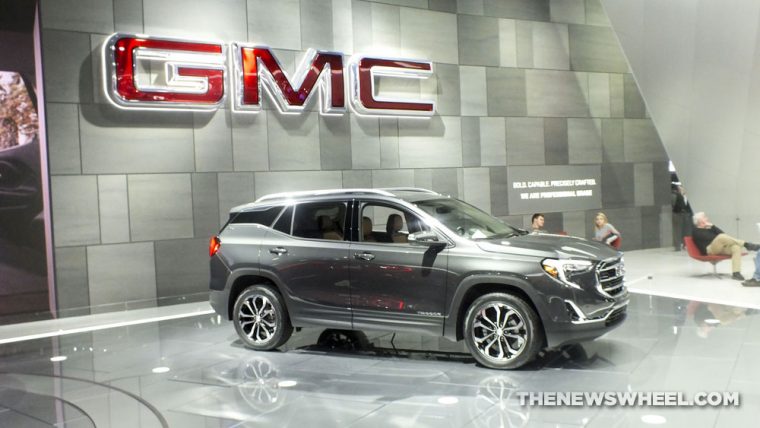 In the weeks preceding the 2017 Detroit Auto Show, rumors began to circulate that GM would be bringing a redesigned GMC Terrain and Chevy Traverse to the event. The automaker eventually confirmed these reports by releasing preview images of both vehicles, which revealed that both SUVs would feature much sleeker exterior designs than ever before.

Dare To Compare: See how the new model stacks up against the 2017 Terrain

In the case of the 2018 GMC Terrain, it gets a new floating roofline that’s highlighted by chrome roof rails on the Denali trim level. In addition, the new GMC Terrain comes standard with LED daytime running lamps, 17-inch wheels, and bi-functional HID headlamps. On the inside, the Terrain boasts standard active noise cancellation to ensure a smooth and comfortable ride at all times. 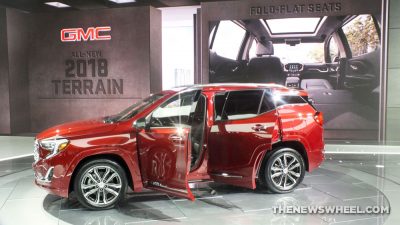 Engine options for the 2018 Terrain include a 1.5-liter turbocharged four-cylinder, as well as a larger 2.0-liter turbo-four. Both of those motors use regular gasoline, but diesel fans will be happy to know the new Terrain is available with a new 1.6-liter turbo diesel engine that could make the SUV even more efficient. In addition, it should be noted that both gasoline-powered engines come paired with a nine-speed automatic transmission, while the diesel motor works with a six-speed automatic gearbox.

For shoppers looking for the most extreme levels of luxury, the range-topping Denali model adds premium features like 19-inch ultra-bright machined aluminum wheels, LED headlamps, and a large chrome grille, but that’s just the outside of the vehicle. The interior of the Terrain Denali comes complete with a navigation system, heated steering wheel, and a Bose premium 7-spearker sound system.

The 2018 GMC Terrain will go on sale this summer in the United States, but General Motors has yet to release pricing information for this new model.

CORRECTION: An earlier version of this article incorrectly stated that the 1.6-liter diesel engine comes paired with a nine-speed automatic transmission. The article has been updated with the correct information.

Have You Heard? 2017 Buick Envision updates include new trim and lower price