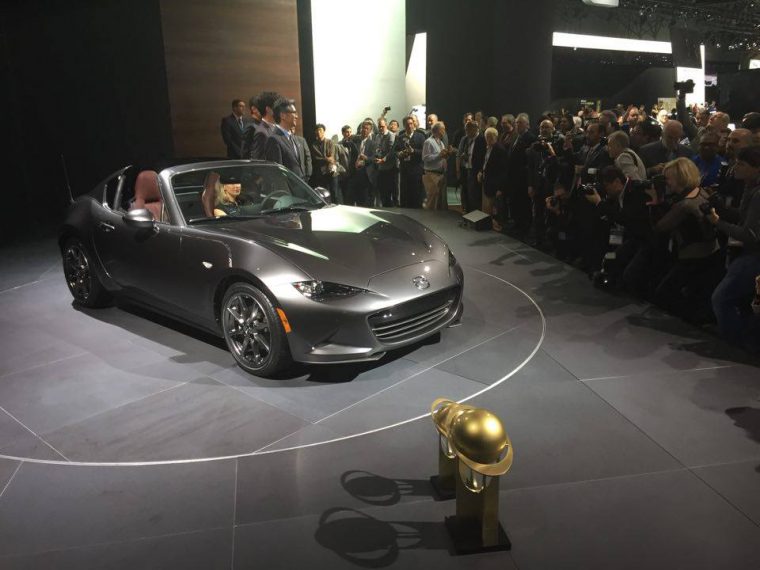 Some of you (hi, mom!) may remember the article I wrote a while back hoping that the “something new” that Mazda was going to unveil in New York was going to be a debut of Mazda’s refreshed rotary engine, rather than the hardtop MX-5 that everybody else seemed to think it would be. Of course, my hopes were dashed, as Mazda revealed its MX-5 RF, a hardtop convertible in the “targa” style meant to offer more rigidity in the body structure as well as better protection from the elements and wind noise (also probably to cash in, as the previous hard-top MX-5 was a big seller, especially in places like the UK, where it made up 80% of sales).

I was a little disappointed, but I soon came around, because, honestly, the MX-5 RF is one good-looking car. Then, it turns out that this was a very fortuitous choice, because at the New York Auto Show, the 2016 MX-5 was awarded both the 2016 World Car Design of the Year (the first Japanese car to do so) and the overall 2016 World Car of the Year (the second Mazda vehicle to have ever done so).

More Wonderful Things: There is nothing better than a pie on pi day 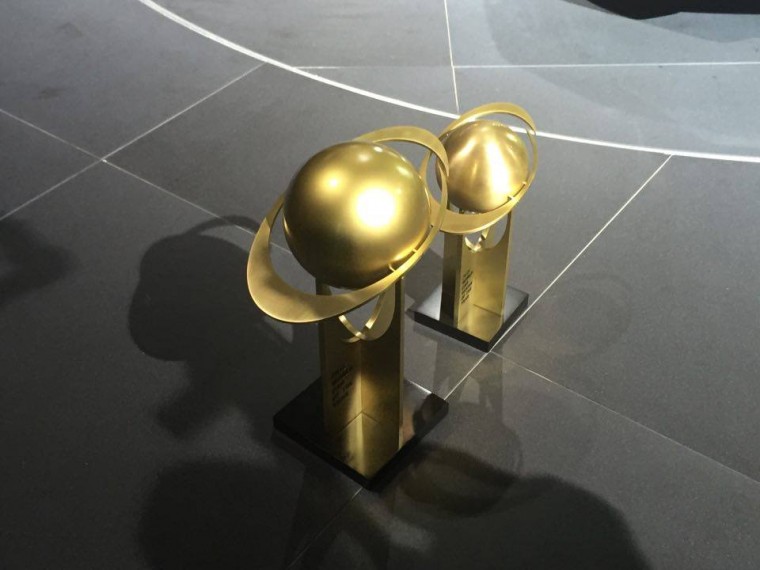 So that means, during the more formal reveal of the MX-5 RF during the Auto Show, Mazda had something else to put on stage with the new model. Check it out:

Interesting to note here is that they chose to leave the model in the driver’s seat this time. Maybe they remembered that minor incident back in the Chicago Auto Show where two onlookers hopped into the Miata Spyder concept before getting the boot. In any case, it is nice to get a closer look at Mazda’s newest creation, even if our own Patrick Grieve got yelled at for being in the background of that group photo (Patrick’s comment afterward to us: “I’ll do anything for a scoop”).

Good Times, Good Times: It’s been a great year for Mazda, with the best sales in 20 years