Who Plays the Family of Tree Huggers in That Subaru Outback Commercial? 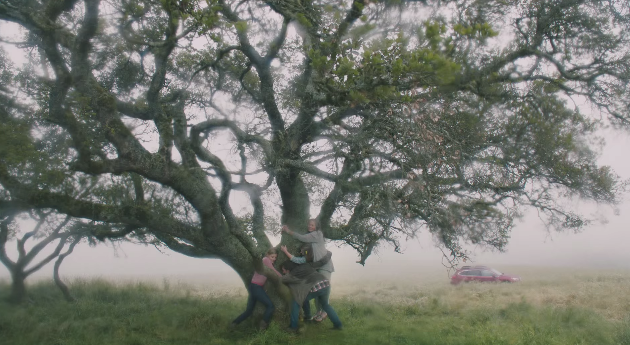 Do you know who these actors are? Well you’re about to!

Have you seen that Subaru ad for the 2015 Outback that features a family of literal tree huggers taking a nostalgic trip to Woodstock? If so, then you might have wondered who plays the vaguely familiar mom character – or the hippie grandma, or the impressionable daughter, or the nondescript dad, for that matter.

At least two of our readers have asked us who the actress playing the mom is, and our site stats show we’ve had several people using search terms like “actor in subaru car commercial,” and, “who is the little girl in the suburu [sic] commercial hugging a tree?” These are the hard-hitting questions being asked right now, and the people have a right to know the answers.

So we’ve decided to delve deep into the matter and find out exactly who plays all of the family members (and also that cat) in the tree hugging Subaru Outback commercial, which is entitled “Memory Lane.” Similar to our popular Toyota Jan exposé, this article hopes to provide you with some much-needed peace of mind, as you read on and realize, “Oh, that’s where I’ve seen her!”

And if you need one, here’s a refresher: 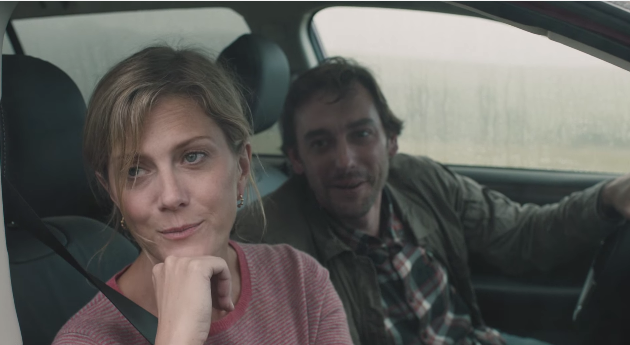 The mom, looking on in amused bewilderment as her daughter hugs a tree

Let’s start with the mom. Her character is the apparent daughter-in-law of the hippie grandmother, and seems justifiably concerned when the old woman starts oversharing some of the details of her wild 1960s-lifestyle/claiming she can talk to cats. Her big moment in “Memory Lane” is her bemused delivery of the line, “They’re hugging a tree.”

First off, the actress’s name is Pat Caldwell, and she has a B.A. in Acting (with Honors, I might add) from Illinois State University. She was featured in the 2005 Ashton Kutcher rom-com A Lot Like Love, had speaking roles on episodes of House and Criminal Minds, has done quite a bit of theatre (including a production of The Libertine with John Malkovich), and has been in a whole mess of other commercials. In fact, probably her most famous work is that cute Volkswagen ad from the 2011 Super Bowl, with the little kid who dresses up like Darth Vader and tries to use the force. You know, this one:

Although she didn’t get a lot of screen time in that VW ad, the spot established her credentials as a woman capable of playing the mom in car commercials. Here’s a picture of her with her beautiful, blonde-haired, blue-eyed, fictional Volkswagen family: 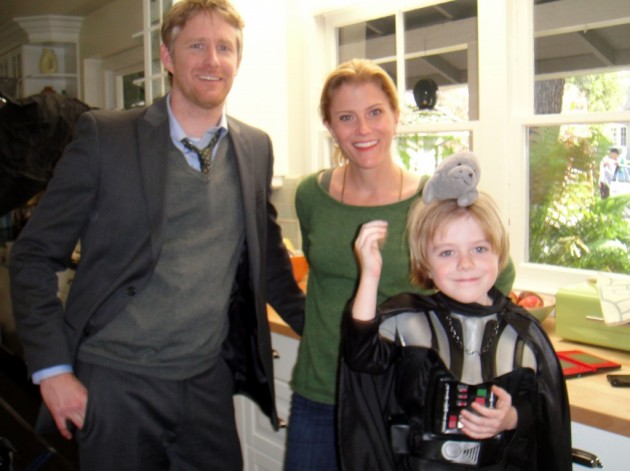 If you would like to know more about Pat, you can visit her website, where you’ll learn that “the eerie sounds of a slide guitar absolutely pierce [her] heart,” and that she prefers Patricia and never Patty, unless you knew her in the third grade. But if you knew her in the third grade, you probably have no need for this article, because the moment you saw this Subaru Outback commercial, you just yelled to the kitchen, “Honey, get in here! Patty’s hugging a tree on the TV!” 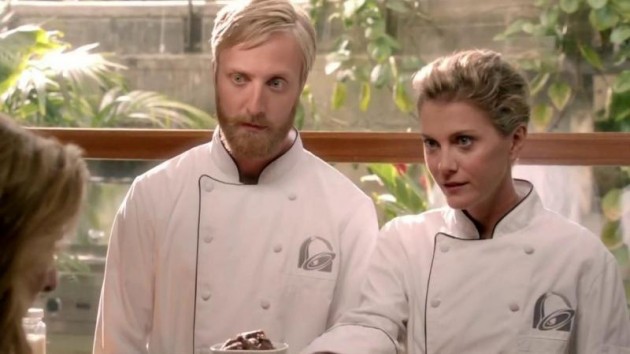 In her spare time, Patty works as a sous chef for Taco Bell 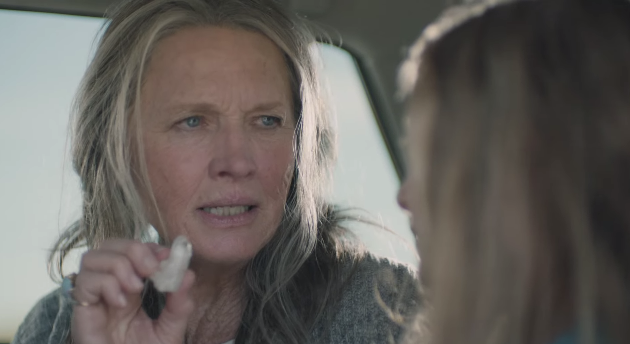 The grandmother teaches her granddaughter about the “healing powers” of crystals

This is the nostalgic, elderly tree hugger who tells her granddaughter that she can talk to cats. The tree hugging commences when she finds the tree (in real life, a California Oak) where she met the young girl’s grandfather, which becomes an emotional experience for the whole family, and also the Subaru Outback, who watches approvingly as they all embrace the significant plant.

The character is portrayed by Rita Obermeyer, who doesn’t have much of an IMDb page. We had to track her down via her LinkedIn profile, which says that she is an “actress, writer, director at On the Road Again,” who works in the Greater Los Angeles area. 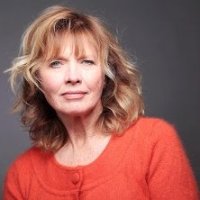 Aside from this Subaru ad, Obermeyer has no other television or commercial credits that we can find. She’s appeared in six obscure films, and has no website.

To put it bluntly, she’s no Pat Caldwell. 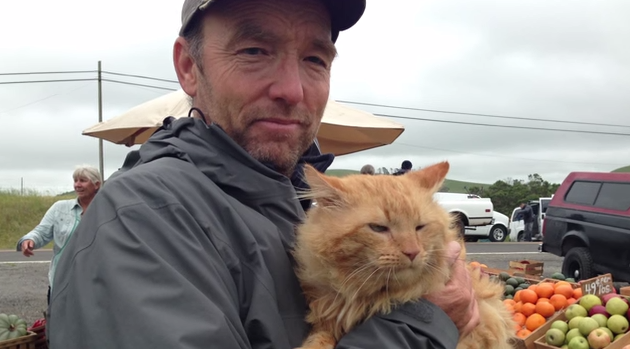 Charles the cat, seen here in a rare behind-the-scenes photo

According to this behind-the-scenes video that shows the making of the commercial, the cat in “Memory Lane” was played by a real life cat! And that cat’s name was Charles! 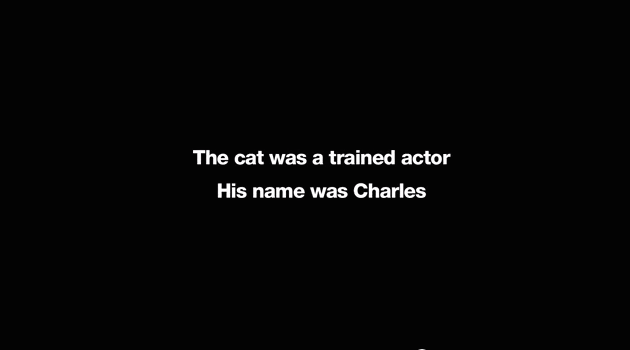 An enlightening moment from “Memory Lane – Behind the Scenes”

Charles doesn’t have any other film, television, or theatre credits. In fact, he doesn’t even have a LinkedIn profile.

To put it bluntly, he’s no Rita Obermeyer. 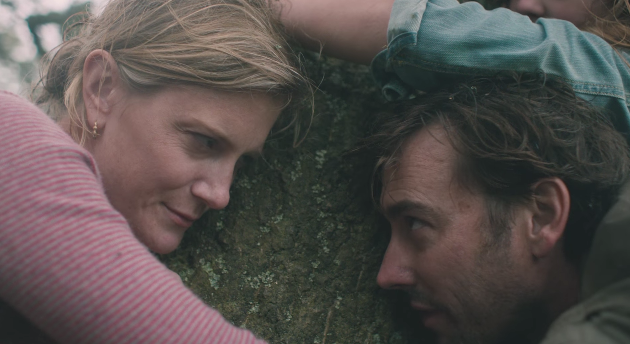 The dad in this ad is a fairly laid-back Outback driver, and we can probably attribute his relaxed demeanor to his low crossover’s heated front seats and the fact that he was raised by the free-spirited woman played by Rita Obermeyer. As a car commercial dad, he’s less handsome than the husband Pat Caldwell had in that VW ad, but he seems like a stand-up guy.

The character is played by Scott Allen Rinker, who has been a working actor for over 20 years, and actually has a pretty impressive list of credits to his name, with brief appearances in everything from The Drew Carey Show to Mad Men. He has also appeared in ads for Verizon and Wells Fargo, but his biggest commercial role is in this Motel 6 TV spot, where he attempts to get directions from a Maine-accented mechanic while his wife just sits in the car and uses the Motel 6 app to find their route.

Yes, in much the same way that Toyota Jan was pregnant on TV and in real life, Scott Allen Rinker and Cathleen Kaelyn are a happily married couple in Motel 6 ads and in actual reality. They have one child, and will be celebrating their sixteenth wedding anniversary in one month, on the 19th of December. 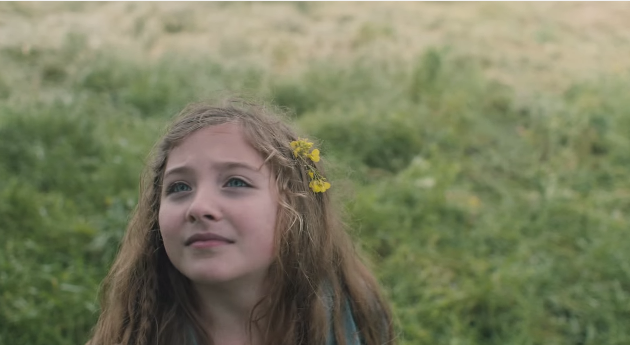 The Subaru Outback familiy’s daughter, seen here in the process of being hippie-fied

We don’t know who the daughter is, and furthermore, we’re not going to try to find out. She’s just a young girl, and it would be weird to subject her to the same internet-stalking methods we used to find out who the other actors are. Come to think of it, why are you trying to find out who this girl is? Frankly, it’s creepy and we feel that you should stop. 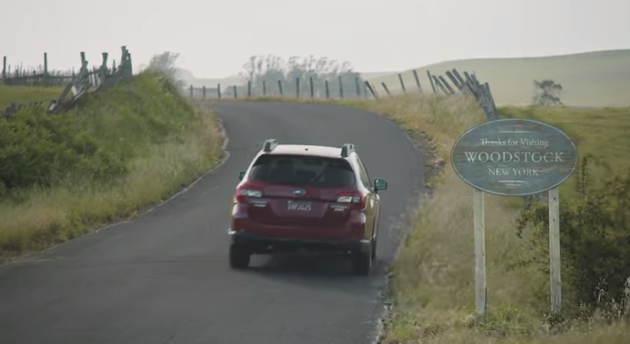 Take a good, long look at that sign. It’s not what it seems!

Okay, as for the rest of it: the commercial was directed by Lance Acord, who worked as the cinematographer on Lost In Translation and Being John Malkovich (hey, Pat Caldwell performed in a play in Chicago with John Malkovich! We wonder if they’re all friends? We’d like to think they at least get dinner together from time to time). Although “Memory Lane” is set in Woodstock, New York, it was actually filmed on an organic dairy farm in Northern California (the cows momentarily shut down production).

Oh, you know that sign they drive past when they leave that says “Thanks for visiting Woodstock, New York?” That wasn’t a real sign! They made it just for the commercial! It was all movie magic! 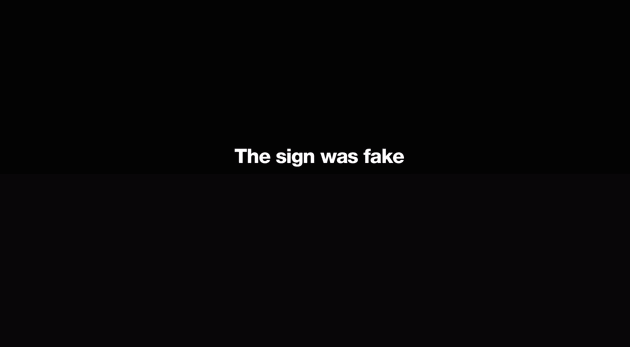 That’s pretty much all the information we can convey about the actors and production of “Memory Lane.” If you still have any unanswered questions about this Subaru Outback commercial, then we would recommend you seek help.