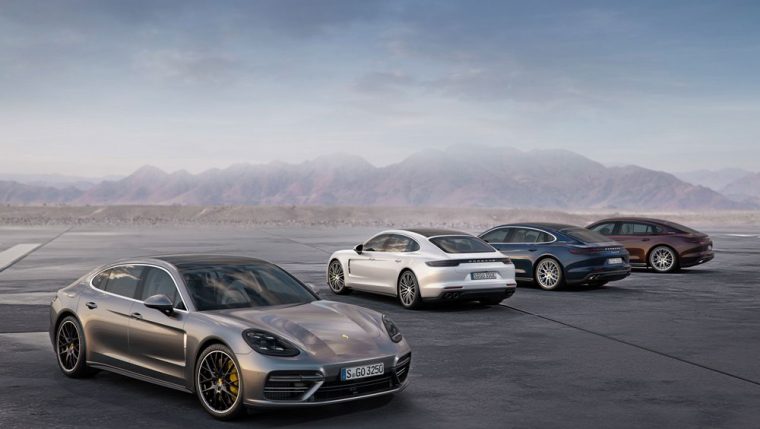 Porsche has slowly been revealing Panamera variants throughout the year

If you thought Porsche was done unleashing new variants of the second-generation Panamera, then you were wrong because the German automaker recently brought two new breathtaking models to the LA Auto Show.

Porsche shocked the automotive industry earlier this year when it revealed a redesigned version of the Panamera sedan, which critics praised for being much easier on the eyes than the previous model. However, the German automker didn’t stop there, as it also let loose a new E-Hybrid version of the Panamera than can travel up to 31 miles using only electric power.

Automotive Rumors: Multiple reports suggest Porsche will be releasing a station wagon in the near future

This brings us to AutoMobility LA, where Porsche finally showed the world the new Executive model, as well as the entry-level version of the second-generation Panamera. 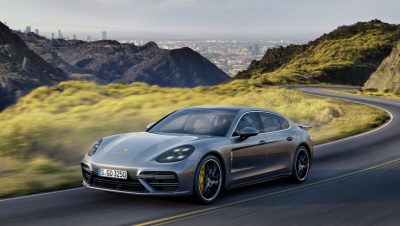 The 2017 Porsche Panamera Executive is longer than the standard Panamera sedan by 5.9 inches and weighs approximately 200 pounds more. This longer wheelbase allowed designers to craft an interior that provides ample legroom and is packed full of technology. The Panamera Executive is available with heated seats, four-zone climate control, and a rear-seat entertainment system, which comes with two 10.1-inch monitors located on the back of the front seats. These monitors can also detach front the seats and function like typical tablets.

The new Panamera Executive is only available in all-wheel drive, but consumers can pick an assortment of engine options depending on which trim level they go with. These available engines include a 4.0-liter V8 rated at 550 horsepower, a 2.9-liter biturbo V6 that provides 440 horsepower, and a plug-in hybrid system that’s good for 462 horsepower.

To ensure the Executive model delivers Porsche-level ride quality, the Executive version comes standard with the company’s adaptive damping system. Furthermore, Porsche has given the long-wheelbase Panamera 4 Executive a starting MSRP of $97,350.

The other new Panamera model that Porsche brought to the Los Angeles was the entry-level version of its new performance sedan. Simply called the Panamera, this new base model is powered by 3.0-liter turbo engine that supplies 330 horsepower. This engine works with an eight-speed dual-clutch automatic transmission, which allows the Panamera to propel itself from 0 to 60 mph in just 5.4 seconds and reach a top speed of 164 mph. In addition, buyers have the choice of either rear-wheel or all-wheel drive with entry-level Panamera. The all-wheel drive version is appropriately named the Panamera 4.

The more expensive Panamera S and Panamera Turbo trim levels are scheduled to arrive at dealerships starting in January of 2017.

Would You Rather Have A Coupe? Check out the mind-blowing 2017 Porsche 911 Carerra