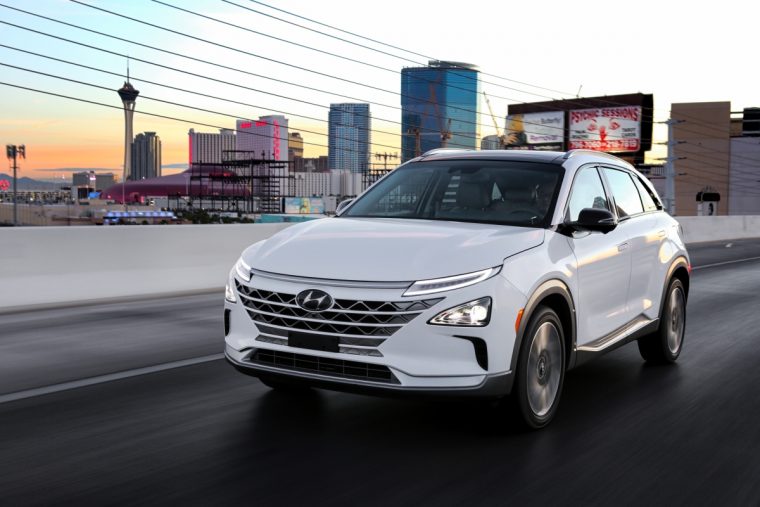 But don’t get too excited just yet. If you’re in the United States, driving this vehicle around is a bit of a ways off yet. Sales began today in Korea, following a week-long pre-order period from March 19-26. Pre-orders were extremely successful with the purchase of 1,061 NEXO vehicles.

“We are witnessing a historic day as fuel cell technology is being commercialized in large quantities,” said Byung Kwon Rhim, Hyundai’s executive vice president of global operations. “With this positive beginning, we will continue our efforts in overseas markets to support fostering the newly developing fuel cell vehicle market.”

Korean pricing for the Hyundai NEXO’s Modern trim is currently set at 68,900,000 KRW, approximately $64,077. The Premium trim comes in at 72,200,000 KRW, approximately $67,146. However, the Korean government offers subsidies for fuel cell electric vehicles, nearly cutting the price in half. These prices do not necessarily reflect what US customers will pay, though; “Pricing of the NEXO for overseas market will be disclosed at a later date close to their market launches,” said Hyundai.

2018 Hyundai Lineup: Find out which new model is best for you

For customers in Korea, the Hyundai NEXO comes with a 10-year, 160,000 km warranty for its fuel cell components. Hyundai has also announced that all 22 of its Korean service networks will be able to service the fuel cell technology.

This release is great news for those pushing fuel cell technology. According to Hyundai, both the Gwangju and Ulsan governments “expressed their intention to expand hydrogen refueling infrastructure.”