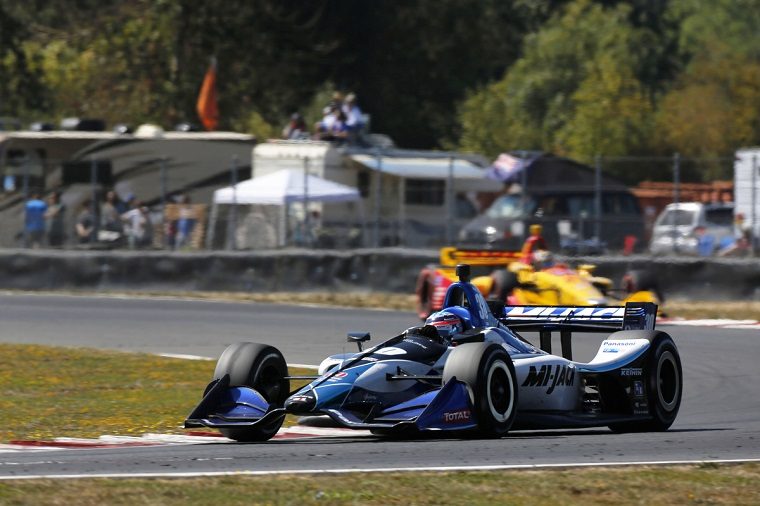 Honda came out the definitive winner of the first IndyCar race at the Portland International Raceway in a decade, with Takuma Sato claiming victory and fellow Honda drivers Ryan Hunter-Reay and Sebastian Bourdais completing the podium.

It marked Sato’s first win since last year’s Indy 500 and it was his ability to balance speed and fuel saving that made the difference. A first-lap clash between James Hinchcliffe and Zach Veach led to a multi-car collision that prompted a six-lap caution, which some teams used to pit their drivers, gambling that they would be able to eliminate an entire stop from the race.

Thanks to three further caution periods, it proved to be the right strategy: all six of the drivers who pit during that six-lap caution finished in the top six at the 2018 IndyCar Grand Prix of Portland. Fuel saving was still necessary, however, and Sato proved to be the best at managing it without losing speed.

“We have had a couple of hard, difficult weekends this year,” Sato said after the race. “The final yellow obviously helped, but the car had pace. Since we failed to have a good qualifying, I had two new sets [of tires] and our strategy worked beautifully. Look at all these fans here today. I think this is one of the most beautiful days of my life.”

With Sato’s victory, all Honda teams have now won at least one race throughout the 2018 IndyCar Series, and the manufacturer has already clinched the championship last weekend. Scott Dixon made a splendid recovery drive to finish fifth, increasing his lead over fellow Honda driver Alexander Rossi by 29 points as they head to the final round at Sonoma Raceway.

Dare to Compare: How does Honda fare vs its competition?