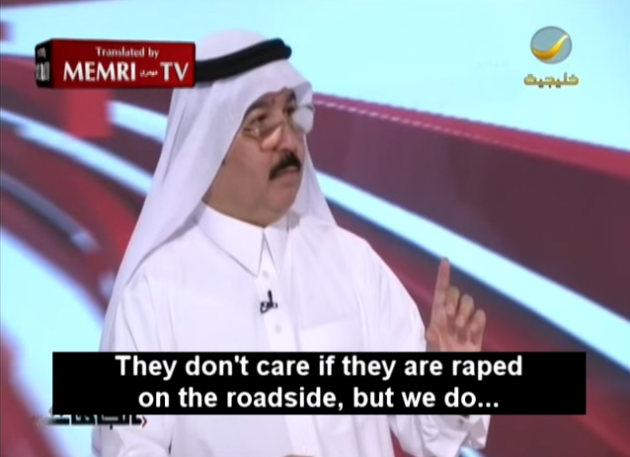 Saleh al-Saadoon only opposes women driving because he doesn’t want you getting hurt out there, sweetie

How exactly does a government justify denying driving rights to its citizens on the basis of gender or sexual orientation? Well, in Russia they do it by claiming that anyone who is gay, transgendered, or just plain kinky has a “mental disability” that disqualifies them from being a motorist. In Saudi Arabia, though, the excuse is apparently even more ridiculous. We’ll let Saudi historian, Saleh al-Saadoon, explain:

Yes, according to Dr. (!) Saleh al-Saadoon, female Saudi Arabian drivers would be vulnerable to rape if their car broke down on the side of the road. And why isn’t that such a pressing concern in the countries where women can drive, the host asked?

“They don’t care if they are raped on the roadside, but we do,” al-Saadoon calmly bullshitted.

“Hold on,” said the justifiably surprised host, “who told you that they don’t care about getting raped by the roadside?”

“It’s no big deal for them beyond the damage to their morale,” answered al-Saadoon, essentially diagnosing the impact of rape on an American woman to be, more or less, on par with a bad case of the Mondays. “In our case, however, the problem is of a social and religious nature.”

Sure, sounds reasonable. In Saudi Arabia, being raped is a horrifying, traumatic experience…but only because the victims are very devout. For godless American women, roadside rape is just one of those minor inconveniences that makes their daily commute such a chore, not unlike long red lights or the occasional fender bender.

“Eehh, whatta ya gonna do?”

“Honey, we really need to think about moving into the city,” the average American woman often says after getting home from the office. “Between the construction and the marauding rapists who terrorize I-75, I was trapped in traffic for damn near two hours today.”

The funniest part of this entire interview is al-Saadoon’s Monty Python-esque solution to the potential problem of Saudi Arabian women being raped by their chauffeurs: import foreign females to drive them around. Yes, that’s right—Saudi Arabian women can’t handle driving, but imported American and European female drivers would know how to handle everything the road throws at you, from potholes, to flat tires, to sexual assault.

The whole thing is summed up nicely by the (unnamed in the transcript) female host’s Picard-worthy facepalm: 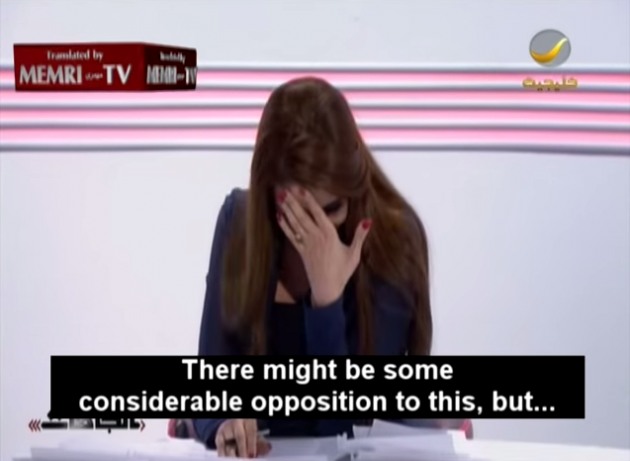 Perhaps realizing that he may be losing the crowd a little, al-Saadoon changes his approach and insists that by virtue of being driven around everywhere, Saudi women “are like queens.” That’s an interesting analogy, considering the fact that foreign female chauffeurs sometimes drive too rough for delicate Saudi royalty:

When Queen Elizabeth took King Abdullah for a drive in her Land Rover http://t.co/RvH4whCNkw pic.twitter.com/vo6pwQd01H