South Florida Traffic Is About to Get Much Worse, on Purpose 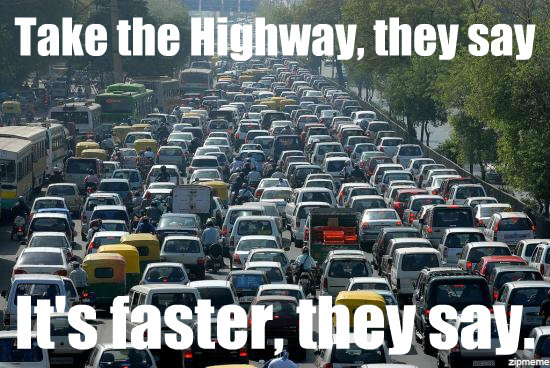 South Florida has been prey to some nasty traffic jams, with more and more people flooding in creating more and more traffic on the roads. So, what are local governments doing to help with the ever-increasing congestion?

According to Anne Castro, chair of the Broward County Planning Council, the plan is intended to get people to use more public transportation by making it so awful to drive that nobody will want to do it. “We’re going to make them suffer first,” she said during a council meeting last year, “and then we’re going to figure out ways to move them after that because they’re going to scream at us to help them move.”

According to the Sun-Sentinel, South Florida’s congestion-maximizing measures include approving high-density housing, getting development approved without regard for traffic effects, and in some cases deliberately narrowing the streets and reducing lanes to make room for bike lanes and wider sidewalks. While this seems counter-intuitive, planners said that the outcome that they are shooting for is bustling urban environments so full of people that it’s very unpleasant to drive.

Well, Since You’ll Be Spending So Much Time in It: The new 2017 Ridgeline has some of the most advanced features available

Nick Uhren, executive director of the Palm Beach Metropolitan Planning Organization, told the Sun-Sentinel that “A robust, healthy downtown is a sign of a healthy, vibrant economic community. [Cities] don’t want to say no to development because of traffic congestion.”

Of course, this is a pretty hefty gamble, as Castro pointed out in an interview, saying “They are building the projects first and then they’ll figure out traffic later, and I don’t even want to get into what happens if there’s a disaster. People won’t be able to get out. We’re kind of building a monster.”

We will have to see if the gamble pays off—the second half of the strategy would be to create effective public transportation, which the local government hopes will be paid for by voters passing a one-cent increase to the sales tax to help pay for buses, road work, pedestrian and bicycle projects, and electric streetcars.

Keep This in Mind: It’s a good idea for us all to remember these first-time driver tips