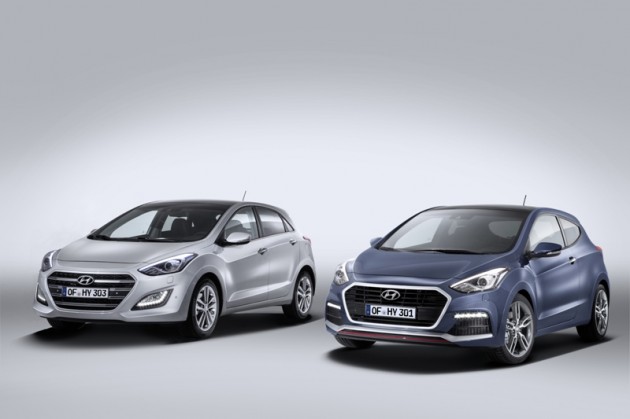 That’s Hyundai’s goal, which was announced at its 2014 Product Momentum Show today. As the Korean automaker’s next step toward achieving that mission, four new models were revealed live at new.livestream.com/HyundaiEurope: the Hyundai i20 Coupe, Hyundai i30, the Hyundai i30 Turbo, and the Hyundai i40.

While updates to the i30 aren’t bad, mostly involving exterior design improvements and expanded engine options, the Hyundai i30 Turbo is another beast altogether.

Hyundai i30 Turbo Has the Heart of a Sports Car 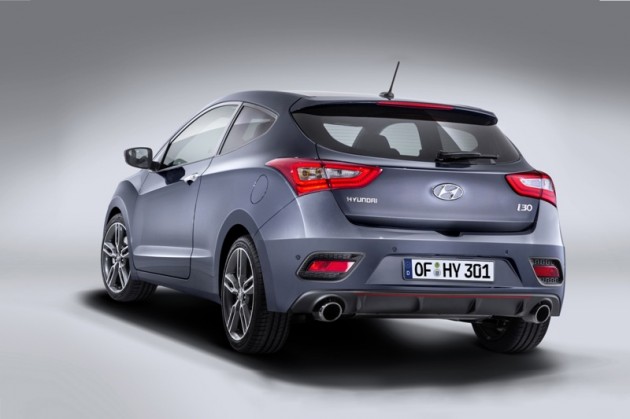 Hyundai’s announcement that the entire i30 series (structurally similar to the Elantra) has been revamped comes with one giant perk: the performance-oriented Hyundai i30 Turbo, which is the closest we’ve gotten to a Hyundai sports car.

As the first dedicated sporting model from the brand, the turbo-charged i30 paves bold new paths with its Nürburgring-tuned 183 hp chassis and 1.6-liter T-GDI engine. The i30 shares the same transmission with the new i40: seven-speed dual clutch. The twin exhausts and Bi-Xenon headlamps, however, are definitely unique to the Turbo.

But forget the “new” hexagonal grille and headlight clusters we’re seeing on every new Hyundai model: let’s focus on the improved performance of the gasoline and diesel engine options being launched, all Euro6 compliant. If you’re not a fan of the 1.6-liter Turbo-GDI engine (but honestly, who isn’t?), consider a 1.6-liter diesel with two power output levels, a 1.4-liter gasoline, or a 1.6-liter gasoline.

We’re especially glad the i30 Turbo debuted in December–just in time for us to make a Jingle All the Way joke.

Thanks to Hyundai, “It’s turbo time!”