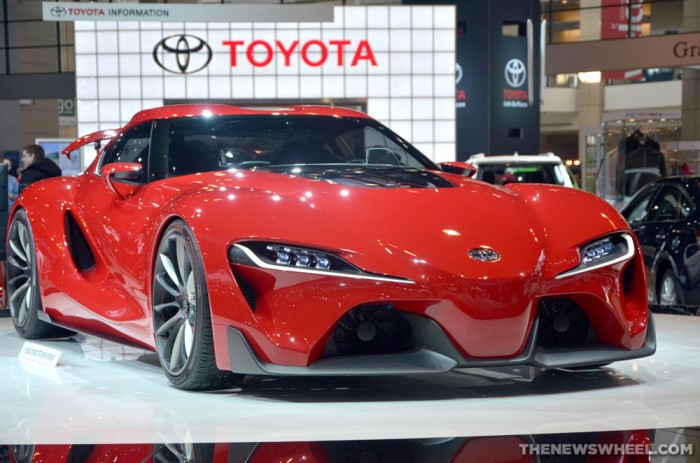 It’s a beautiful thing when car enthusiasts can get together to show off their rides, marvel at unique vehicles, and collectively geek out over all things car. Regular meets like Cars and Coffee Irvine in Southern California allow drivers to show off their rides, mingle with other enthusiasts, and drink coffee. And recently, lucky SoCal car fans got to see the Toyota FT-1 at Cars and Coffee Irvine, and it was understandably a huge hit.

Green is the New Black: Toyota Gets Greener!

Toyota’s sporty concept first met the public at the 2014 North American International Auto Show (NAIAS). For many, as soon as they saw the FT-1 Concept’s fire-engine-red body and low, menacing stance, it was love at first sight. Its slim, wide headlights give the FT-1 an intimidating look, while its smooth lines are the vision of the ultimate future of sports cars. And rumor has it that the FT-1 will become this generation’s Supra, which is sure to please gearheads across the globe.

The lucky attendees at Cars and Coffee Irvine gathered around the FT-1 Concept to admire its design, while photographers from Car Ninja snapped some photos. The verdict? We—and we imagine most all car enthusiasts anywhere—would love to see this vehicle make it to production, whether or not it becomes the new Supra. The FT-1 in its own right is stunning, powerful, and would make us at The News Wheel extremely happy with life.