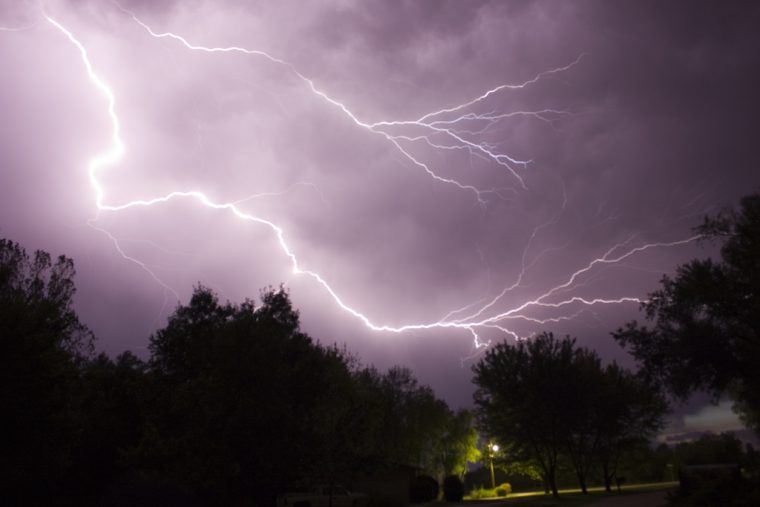 The Toyota Texas Manufacturing plant in San Antonio, Texas, was forced to temporarily stop production on Wednesday after a storm damaged the roof over part of the 2.2 million-square-foot facility, where the mid-size Tacoma pickup and full-size Tundra pickup are built.

A combination of 80 mph winds, lashing rains, and hail the size of tennis balls caused a section of the roof to cave in. The storm also knocked out the electric power at the plant, making it difficult for the company to properly assess the damage in its initial stages.

First shift team members were advised to stay home on the morning of the incident; the production team was then told to stay home Wednesday and Thursday until the damage could be fixed, though it’s possible it may take more time, especially with inclement weather expected to continue through Friday through parts of South Texas. Maintenance workers, office staffers, and group leaders were asked to still arrive at work.

Official Toyota spokesman Mario Lozoya said it would have been fine to continue production if it hadn’t been for the rain. “We can run production with damage to the roof, however, we cannot run production when water is coming in through that hole,” he explained, adding that the main concern was that water may have seeped into the electric systems, which is a safety hazard they first need to resolve before letting production start again.

Toyota’s dedication to building pickup trucks at the Texas plant even with a damaged roof is commendable, though given the popularity of the Tacoma and Tundra, it should probably come as no surprise.