Strong Finish for Ryan Millen and Toyota at NEFR—But Is It Enough to Beat Ford? 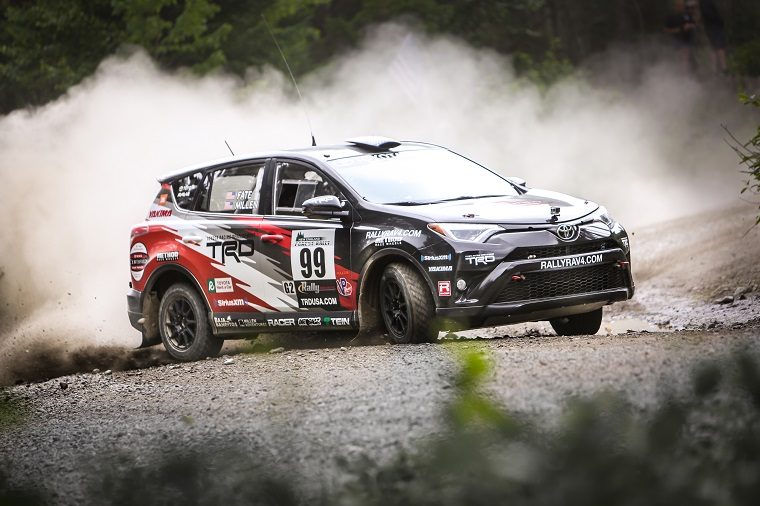 Just over a week ago, we talked about how Toyota needed strong results to stay in the title fight for the Rally America National Championship.

Ryan Millen’s Toyota RAV4 was headed into the New England Forest Rally (NEFR) in Newry, Maine, tied in points with Cameron Steely and his Ford Fiesta ST in the 2WD standings; but with just three races to go, any subpar result would have major consequences.

The gap was tiny: Steely’s combined time over the ten stages was 1:34:05.0 while Millen’s was 1:34:18.8. A mere 14 seconds separated them over more than an hour and a half of rallying, which adds up to a two-second difference per stage—next to nothing, in other words—but it was enough for Steely to cinch five more points than his competitor.

The Toyota RAV4 is now second in the standings with 96 points compared to 101 points for the Ford Fiesta ST. There are only two more races to go and plenty of points still to spare, so the championship fight can easily swing either way.

With one exception, the Toyota RAV4 has never finished outside the top two in its class—at this stage of the championship, however, that won’t be good enough anymore. Ryan Millen already has two wins this season—he’ll need to chase more if he’s to take his RAV4 to victory.