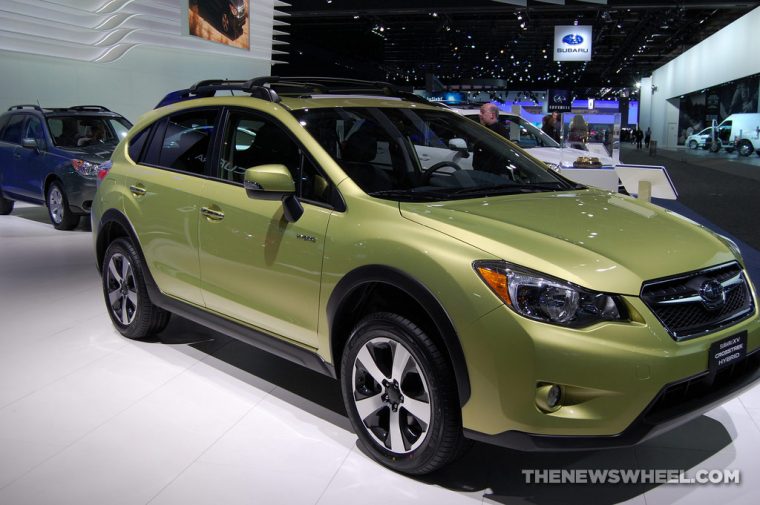 Gas prices remain low in the United States, yet automakers are pouring money into alternative fuel vehicles—partly due to regulations requiring them to improve their lineups’ overall MPG ratings, but also partly to be at the cutting edge. Surprisingly, Subaru has thus far been pretty absent from the whole EV/hybrid market, with the exception of the short-lived Crosstrek Hybrid. Until now, that is.

According to a report by Bloomberg, Subaru is planning to spend a humungous $1.2 billion on research and development this year—more than the automaker has ever spent before. Much of this research will focus on the best way to introduce one or more electric vehicles to its lineup. Subaru will either install electric powertrains in its existing vehicles, a la the Honda Accord Hybrid, or develop its own line of hybrid or electric vehicles, a la the Toyota Prius.

Eventually, Subaru plans to release a hybrid model sometime next year, and an electric vehicle by 2021. This tight deadline means that Subaru is investing more in EV development than it is on other technologies, such as automated and connected driving. Subaru will also be spending more on developing new aspects of its EyeSight driver-assist system, which is currently an option on Subaru vehicles and has helped the majority of its vehicle achieve the Top Safety Pick+ designation from the IIHS.

With the upcoming introduction of Subaru’s latest model, the Ascent SUV, this is certainly a good time for the automaker to release either a hybrid version of one of its top-selling models or an all-new EV model.