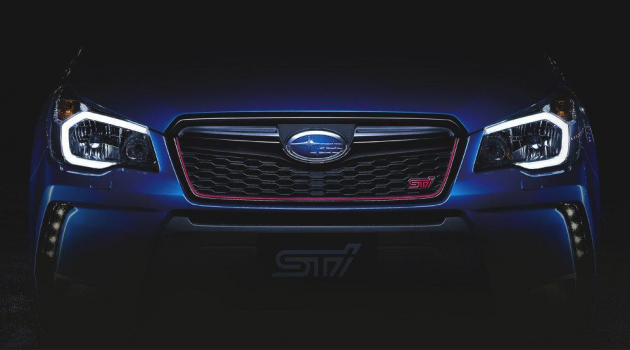 Some Subaru Forester STI teaser images were recently released, which the automaker is hoping will generate some excitement before the vehicle’s official unveiling on November 25, 2014. Check out the new (though not especially revealing) pics in the gallery below:

The STI version of the crossover SUV will, according to Autoblog, most likely feature upgraded brakes and rolling stock, along with enhanced aerodynamics and cooling. The model pictured in these photos is sporting Subaru Tecnica International’s trademark bright-blue paint with red accents, as well as some funky-looking headlamps.

As of now, it is not known what kind of powertrain the 2015 Subaru Forester STI will feature, or even whether it will be available to those of us here in the US. Stay tuned for more updates.

Related info: The Subaru Forester Named One of the Safest Crossovers Available