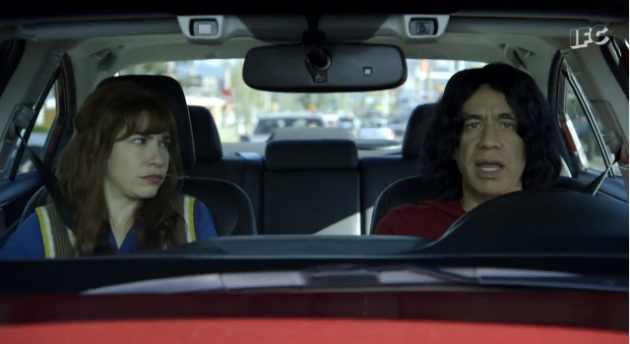 The Subaru Portlandia partnership will enter its fifth year on January 8th, when the show’s newest season premieres on cable channel IFC. The sketch comedy series, which stars creators Fred Armisen and Carrie Brownstein, lovingly spoofs the intense regionalism, liberalism, political correctness, and all-around hipsterishness of Portland, Oregon, and the surrounding Pacific Northwest – an area which also happens to be one of Subaru of America’s most devoted markets. (Seriously: a woman in Washington state who won $90 million in the Powerball last week just made her first “big” purchase a Subaru Outback).

Subaru and IFC are now taking their sponsorship deal to the next level, with the carmaker acting as the show’s exclusive automotive sponsor, as well as funding an online promotional teaser campaign entitled “Come Along for the Ride to Season Five.” Additionally, the fifth season will feature three skits that involve Subaru product placement, including the video below, entitled “Ride Share,” in which Armisen picks up Brownstein in a new Legacy:

“We’re always looking for different way to reach people,” Brian Cavallucci, Subaru’s national advertising manager, told The New York Times. He said it was “a cool thing to be that much involved” with Portlandia, but was aware of the importance of not making Subaru’s product integration feel intrusive or forced.

The goal, Cavallucci said, was to make the Subaru vehicles “part of the story,” so that the whole thing still feels “authentic and organic.” That makes sense, as obviously no one from Portland would ever consume media that wasn’t organic…or free-range, or locally grown, etc….

The writers and advertisers seem to have found the right balance in hilarious skits like “No You Go,” about two passive-aggressive drivers who just happen to both be piloting Subaru vehicles:

“Integrations that work well in an ad-skipping world are more important than ever,” said IFC president Jennifer Caserta. According to Caserta, “the great deal of creative freedom” allowed by Subaru enables Armisen, Brownstein, and the rest of the creative folks behind Portlandia to be “playful and fun,” while still portraying Subaru as “a distinct character in the show.”

So far, the Subaru Portlandia partnership seems to make sense for both parties. Subaru is a brand that has a definite niche appeal, and you can’t get much more niche than Portland.