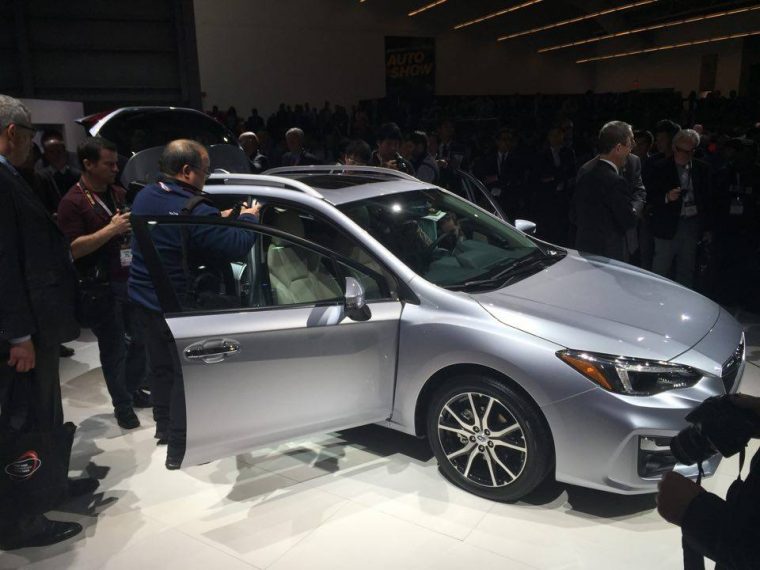 It might not always look like it, but a lot of effort, creativity, and money go into developing today’s vehicles. Despite apparent design uniformity among most segments of the auto industry, automakers are taking precise, calculated steps to ensure their models are on the cutting-edge.

While it’s certainly not the most influential or affluent automaker, Subaru didn’t hold back when it came to updating its popular Impreza for its fifth generation. The Japanese automaker spent four years and a total of over $1 billion on the research, design, and creation of the 2017 Subaru Impreza.

To commonfolk like us, that may seem like a huge, risky venture, but Subaru has a reason for it.

Learn More: Read about all that the 2017 Impreza is offering

Upon its unveiling at the 2016 New York Auto Show in March, the 2017 Subaru Impreza gained a lot of positive buzz. Company officials explained that the new Impreza–both the sedan and the hatchback–was the company’s biggest leap forward in design evolution. That’s not an achievement that comes with a cheap price tag.

In an interview with Forbes, head of Impreza R&D Masahiko Inoue explained that the company granted the program twice the budget of the Impreza’s last generational overhaul. The reason so much was invested in the venture was that the bottom line was about more than the Impreza–it was about laying the groundwork for the automaker’s new global design platform. That, in turn, will affect all of Subaru’s future lineup.

Subaru doesn’t expect this costly redesign to double the Impreza’s sales or anything so drastic; rather, word is that the automaker just hopes that the car’s current sales rates continues against increasingly stiff competition in its segment.

Smart Money-Saving: Why the Subaru CPO program is a great deal for your wallet